Alexandra Fedynsky ('17), a triple major in Anthropology, French, and Spanish, received The Herrly Internship in Paris Grant from the Nanovic Institute. This grant, awarded to one student each summer, allows students to work for retired US Army Colonel (and Notre Dame alumnus) Peter Herrly. Thus, after spending a year abroad in Angers, France, Alexa stayed another month in Paris to help organize Col. Herrly's political conference. She lived in the center of town, met many important people, and worked in both French and English (and even some Ukrainian). Alexa recently wrote to us about her experience:

In the month of April I could not believe that I would have to leave France so soon. This internship to organize a political/military conference seemed to fall from the sky—I had an opportunity to live in Paris, a dream of mine! Upon doing more research, I discovered this year the conference would surround the implications of the rise of the Russian military. Being of Ukrainian descent, I had already heard a lot about this topic, and immediately thought this internship would be perfect for me. I bought my train ticket to Paris where I finally met Col. Peter Herrly, who welcomed me very warmly and introduced me to everything I would be doing. He also made sure that all of his interns benefited from living in Paris. From the first day I knew I had made the right choice, and for that reason am so grateful to the Nanovic Institute.

When I first arrived, Col. Herrly introduced me to the general concept of the conference as well as his history with it. I learned that he has had an ongoing conference series for the past fifteen years, always about a current political and military question in the world. He then gave me specifics regarding this year: the program and thus the topics to be discussed, the people who would be presenting, French colleagues with whom I would be working, and general expectations of what I would be doing. Immediately after this conversation I wrote my first email, confirming attendance of certain attendees. After a full day of work and a nice dinner at the Parisian suburb of Saint Cloud, I went back to my 7th arrondissement apartment to get to know the city better. 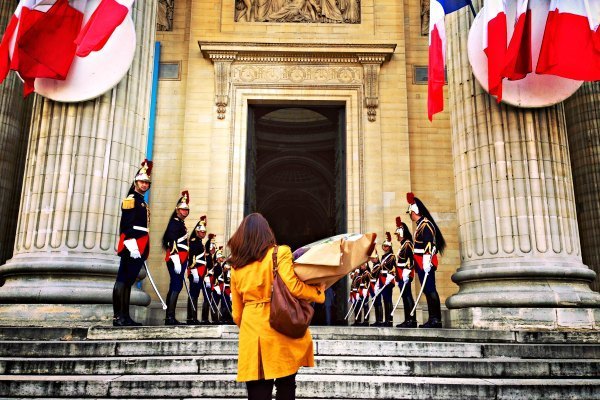 Over the next few weeks I worked hard on many aspects of organizing this program. I stayed in contact with all of the presenters: keeping their presentations on track, helping arrange travel, and answering general conference questions. Col. Herrly and I even met with the locally based ones to give them more personal information. Then I combed through lists of former attendees and potentially interested policy makers, military members, and academic professors to personally invite them to our conference. Meals and other logistics surrounding the conference also had to be organized. Thus I went to various cafes and restaurants to make reservations and choose the menus for cocktail parties and dinners. Lastly, in the days leading up to the conference, I finished logistical and presentation-oriented tasks, such as name tags, placards, and conference packets. Finally on the day of the conference, I answered people’s questions, made adjustments throughout the day, and took detailed notes to write the post-conference report.

The conference brought together academics and military members mainly from the US, the UK, and France; however, we also listened to a speaker from Georgia/Ukraine. With these varying backgrounds, the attendees heard varying perspectives on the rise of the Russian military: why it is happening, what it means for the world, and what Western powers should do about it. Surprisingly, the French were more hawkish than initially expected, and some common ground was reached despite overarching political differences. The conference ended later than expected, due to an in-depth Q&A section and ensuing discussion amongst the panelists and audience members. 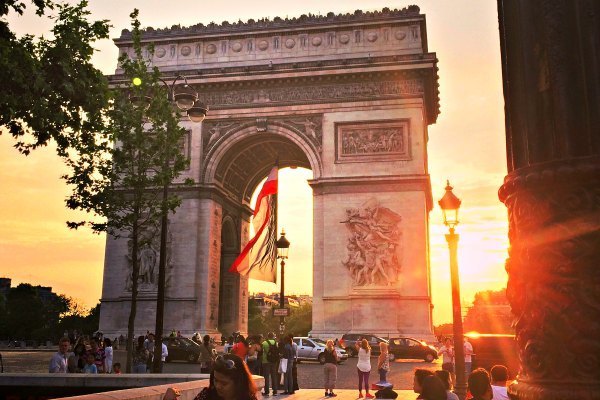 I learned more than I could have imagined in accepting this internship. First of all from a professional perspective: after writing countless emails to important French, British, and American people, I now feel very comfortable drafting any sort of correspondence, and know how to reach out to these people. These communications helped me in my French language studies as well, since many people were French nationals and thus I wrote and spoke in their language about these complicated topics. I had to manage my time well: during this month was the European Football Championship in France, the Day of Music, Museum Night, and many fun cultural activities that I wanted to attend, but knew that first I had to finish my work. That being said, I learned to take advantage of my situation and explore Paris in my free time—I found my favorite boulangerie, befriended some street musicians, and cheered on the French national team in the soccer Fanzone. Most importantly however, I realized that I was having fun. Not only did I get to live in my favorite city in the world, but I organized an event that I truly wanted to attend. The work never felt tedious, and I could see improvements in my professional and academic demeanors as I worked harder and researched more about this topic. Every day was definitely a challenge; I often went outside my comfort zone in contacting important people or conveying necessary information in French. But these challenges only improved my experiences; they kept them exciting. I know that I grew so much as a person simply in this internship, and I hope to continue working in this realm (ideally in Paris!) in the future. Thank you to the Nanovic Institute for this unforgettable opportunity.