In a hostile environment such as Reykjavík, Iceland, traditional and sustainable architecture used to be an essential aspect of building designs. Through a trip to Iceland courtesy of a Break Travel and Research Grant for Sophomores and Juniors, Alexander Preudhomme (’18) from the School of Architecture sought out when and why the capital city stopped designing traditionally and sustainably. His time was spent analyzing Reykjavík's neighborhoods for sustainability and interviewing experts in the field. Alexander recently wrote to us about his research:

Through a detailed analysis of the buildings of Reykjavík from as early as the 10th century up to the 1960s, I found that the architecture of Reykjavík had several major phases of decay in the sustainability of its architecture way before the 20th century, before the rise of modernism. Every phase had one reason or another for its development, but the most detrimental phases were the ones that shifted away from tradition solely for aesthetic reasons. There must be a balance that makes architecture sustainable while also pleasing aesthetically.

In my study of Reykjavík, I found that there must be a balance between a focus on sustainable architecture and a focus on human health. In the earliest settlements of Iceland and Reykjavík specifically, turf houses were common place. These houses, made from the topsoil of the ground, are extremely sustainable, since the energy to create the materials is near zero, along with the energy of carrying the materials to the job site. These buildings were very well insulated and were good for keeping the costs associated with heating the building low. But in several ways, these buildings were not great for the physical and mental health of the inhabitants. The turf allowed bugs and animals into the house, which could spoil the humans’ food supplies and cause disease. In addition, the lack of windows in turf houses caused a deficiency in sunlight (and natural heating) for the inhabitants. Thus, the usage of wood (a sparse resource in Iceland) became commonplace as wood was a better barrier for the indoors and it enabled the usage of windows. This switch, which started occurring before the 18th century, promoted a healthier environment but led to higher energy costs in construction since the wood often had to be imported. But the transition of the turf houses to wooden houses was gradual and the architecture of the wooden houses looked to their predecessors for guidance in design. 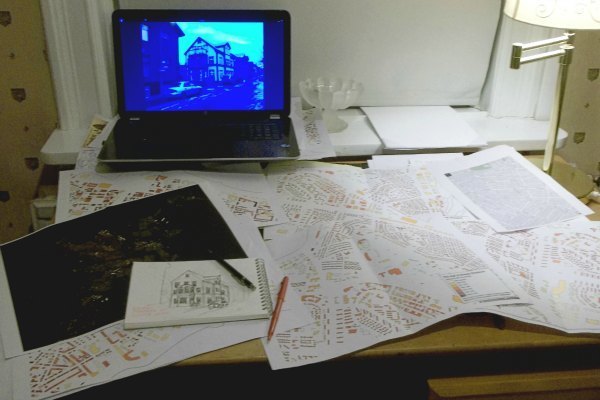 As Reykjavik started growing in size and income, new influences from abroad started to affect the architecture and sustainability of the city. In the late 1800s, Danish architects brought with them the tradition of stone masonry and classical designs. The usage of stone was not bad for the overall sustainability of the architecture, since stone is a plentiful resource in Iceland. But the usage of classical design in Reykjavik led to less sustainable architecture, as the look of the façade took priority over the overall sustainability. The Parliament House of Iceland (1881) is an example of this issue. The North façade of the building (facing the square) uses many large windows to form a cohesive and classical look. This elevation now defines the capital of Iceland but it also is not a very sustainable design choice since it allows lots of heat to escape. But the age of the building makes up for the fact that it has some unsustainable elements due to the low upkeep cost of the building and the mere fact that the building is still used today. When looking at the urbanism of Reykjavik, the age of the buildings tells a lot about the sustainability of the architecture of the place. As stated before, some of the most unsustainable architectural styles came to Reykjavik because of their aesthetics. If the buildings are able to maintain a long life, without many maintenance costs, then the costs for less sustainable designing can be outweighed. The Swiss Chavet style houses from the early 1900s, for example, were very unsustainable in construction, since many of the houses were completely shipped from Norway and Denmark. However, the long usage of these houses has outweighed the initial costs of shipping the houses long distances. In cases like this, a balance is struck, where the extra costs of designing beautiful architecture can help the sustainability in the long term.

My conclusions are not new conclusions. Several architects and writers have emphasized the importance of a balance between functionalism and beauty and that applies to sustainability as well. What my research does say is that the rise of modernism and the machine was not the first time architects designed in an unsustainable way. This distinction is important because it encourages traditional and vernacular architects to continue striving to develop sustainable designs in their projects. Going forward, we must be cautious of sacrificing too much sustainability just for the aesthetics of the building, in case that building falls out of fashion. And we must be mindful of the maintenance cost of the building after it is completed.

My desire to become more sustainable in everything I do has an obvious footing in the major I picked. Architecture is very important and forms the very environment in which we all live. A lot of responsibility is needed in order to build these environments to serve our goals and aspirations. We want to protect our planet, and thus our architecture should reflect that too. This project has helped me better understand my role as a future architect and the project has also given me clues as to how I can live responsibly. The project also helped me ask many critical questions that face our world today in regards to sustainability and I have learned better ways of approaching questions in an academic way.