Nanovic fellow Emilia Justyna Powell (Political Science) has been awarded a Muhammad Bin-Laden Visiting Fellowship at the Oxford Centre for Islamic Studies for April 24 - June 18, 2016. During her fellowship, Prof. Powell will be conducting research with the support of the Nanovic Institute.

Prof. Powell has begun a project that explores the relationship between sharia and secular international law. Why, for example, do some Islamic countries support certain international courts and organizations and not others? In Muslim states, the integration of sharia and the legal system displaces secular constitutional and legal arrangements. Seeing this, several European institutions, including the European Court of Human Rights, have criticized some of the tenents of sharia as challenging to the fundamental principles of democracy. 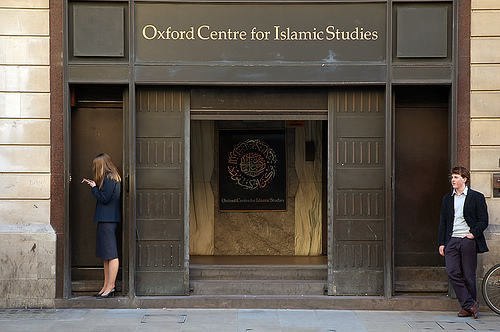 But are there any sharia-based equivalents to secular constitutional and legal arrangements? Are there any institutional features of Islamic law which might facilitate a greater openness to international courts and international organizations such as the European Union? Given that sharia has been incorporated into different Islamic states’ legal systems in different ways (e.g. Sunni and Shia), Prof. Powell wishes to explore those differences and determine whether the sources of those differences also account for those countries’ policies regarding secular international law and organizations. On the other side, when Muslims attempt to enforce sharia in a secular legal environment, how do European legal institutions deal with this? To what extent do secular laws and institutions integrate elements of sharia law or displace them?

To begin to answer these questions, Prof. Powell will conduct a series of in-depth qualitative interviews with Muslim scholars and scholars of international law at Oxford.