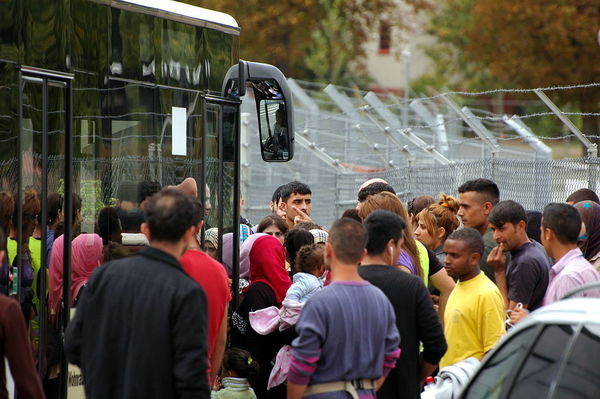 During the assembly, the full body of bishops will examine issues related to immigration and refugees, religious freedom at home and abroad, as well as health care policy developments.

Groody’s talk on Wednesday afternoon, “Passing Over: Migration, Theology and the Eucharist,” draws on his research around the world mapping the many sides of the current conversation on migration.

While Groody seeks to understand the different responses to the refugee and migration crisis, he is particularly interested in analyzing those responses in light of Catholic social teaching and the Gospel message. More than just providing information, he works to help Christians overcome what Pope Francis has called “a globalization of indifference” in order to foster what Saint John Paul II called “a globalization of solidarity” toward some of the world’s most vulnerable and often forgotten people.

“We need to draw close to the journeys of these people who are treated as ‘nobodies,’ their struggle to become somebody, their connection to everybody, and their relationship to the body of Christ,” Groody said. “My task is to foster in the Catholic imagination a Eucharistic vision of migration where it’s not just ‘us’ and ‘them’; it’s all of us. Our call is to move from alienation and otherness to togetherness and communion.”

In addition to being a scholar and a Holy Cross priest, Groody is the award-winning author and film producer of Dying to Live: A Migrant’s Journey, which has received international acclaim and aired on various television stations, including PBS. His various books and articles on the topic have been translated into five languages.

In 2012, Groody served on the USCCB’s Syrian Refugee Delegation to the Middle East to assess the situation in Egypt, Lebanon, Jordan, and Turkey.

Photo by Radosław Drożdżewski (User:Zwiadowca21) via Wikimedia / CC BY SA 4.0