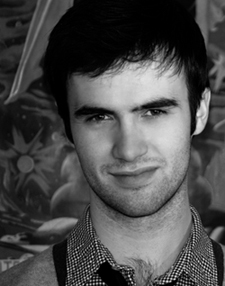 Javi Zubizarreta, a University of Notre Dame student in the Department of Film, Television and Theatre (FTT), has won a 2010 Princess Grace Award from the Princess Grace Foundation-USA (PGF-USA).

In addition, Zubizarreta was a recipient of the PGF-USA Cary Grant Film Award that is named as tribute to the actor’s artistry as well as friendship with Princess Grace of Monaco and represents the PGF-USA panel’s high regard for Zubizarreta’s work and dedication to film. It is awarded to only one filmmaker each year.

The awards for theater, dance and choreography, and film continue the legacy of Princess Grace (Kelly) of Monaco, who anonymously helped emerging artists pursue their artistic goals during her lifetime. This year’s awards winners represent 18 states around the country and 11 organizations that are new to partnering with the Foundation. They will receive their awards in New York City in November at the annual black-tie Princess Grace Awards Gala, held in the presence of the Princess of Hanover.

Zubizarreta is a senior film major and honors student. He was the only undergraduate student of the six filmmakers who are receiving awards this year. His grant will be used to produce a soulful film vignette about the lives of an old and young Basque shepherd. A third-generation Basque-American from Boise, Idaho, Zubizarreta is passionate about preserving and disseminating the culture and lifestyles of the Basque region of Northern Spain. He has published in Film Matters magazine, produced various short films and has been a videographer, researcher and editor for Idaho Public Television.

The PGF-USA, a public charity, was formed after the death of Princess Grace in 1982. It awards scholarships, apprenticeships and fellowships to assist artists at the start of their careers. The Foundation cultivates a diverse group of nearly 500 artists to date who continue to advance the spectrum of performing arts with innovative, cutting-edge and vibrant theater, dance, choreography, film, playwriting and design. Since the Foundation’s inception, more than 650 awards have been given to recipients, totaling more than $7 million.