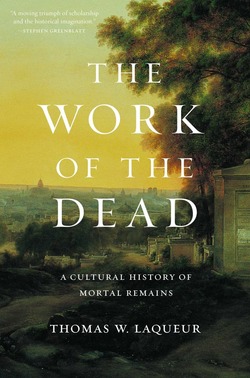 The Nanovic Institute for European Studies at the University of Notre Dame has awarded the 2018 Laura Shannon Prize in Contemporary European Studies to Thomas W. Laqueur for his book The Work of the Dead: A Cultural History of Mortal Remains, published by Princeton University Press.

The Laura Shannon Prize, one of the preeminent prizes for European studies, is awarded each year to the best book in European studies that transcends a focus on any one country, state, or people to stimulate new ways of thinking about contemporary Europe as a whole. This year’s cycle of the award considered books in humanities published in 2015 or 2016.

The Work of the Dead, which examines the ways the dead have been treated in western Europe since the 18th century, was praised highly by the final jury:

The dead matter to us; they always have. But, as Thomas W. Laqueur demonstrates in The Work of the Dead, why and how the dead matter has changed over time. Subtitled A Cultural History of Mortal Remains, this fascinating book transcends a focus on any one country, state, people, or historical moment to consider how and why the living have cared for the dead from antiquity through the twentieth century. In clear and graceful prose, Laqueur examines his subject matter through lenses that are at times anthropological, historical, and philosophical in nature. The depth and breadth of his scholarship are particularly noteworthy. A monumental achievement, The Work of the Dead contains a vast reservoir of historical information and insights regarding cultural practices surrounding the treatment of the dead that scholars from many disciplines will draw upon for years to come.

Thomas W. Laqueur, who is Helen Fawcett Professor of History at the University of California Berkeley, also does research in British social history, medical history, and the history of sexuality, and he has written numerous books and articles on these topics. He will visit Notre Dame during the fall semester of 2018 to accept the prize, deliver a public lecture, and meet with students and faculty. 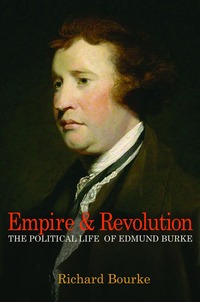 The Shannon Prize jury also awarded honorable mention to Richard Bourke for his book Empire & Revolution: The Political Life of Edmund Burke, published by Princeton University Press. Richard Bourke is Professor in the History of Political Thought at Queen Mary University of London. The jury commended his book, stating:

Now in its 9th year, the Laura Shannon Prize is made possible through a generous endowment from Michael and Laura Shannon of Houston, Texas. Laura serves on the Nanovic Institute’s Advisory Board and Michael, class of 1958, serves on Notre Dame’s Graduate Studies and Research Advisory Council.

The Nanovic Institute for European Studies at the University of Notre Dame is committed to enriching the intellectual culture of Notre Dame by creating an integrated, interdisciplinary home for students and faculty to explore the evolving ideas, cultures, beliefs and institutions that shape Europe today. The institute is an integral part of Notre Dame’s Keough School of Global Affairs. For additional information about the Nanovic Institute and the Laura Shannon Prize, visit nanovic.nd.edu/prize.