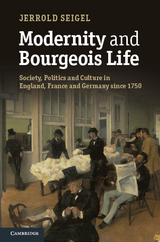 The Nanovic Institute for European Studies has awarded the 2014 Laura Shannon Prize in Contemporary European Studies to Jerrold Seigel for his book, Modernity and Bourgeois Life: Society, Politics and Culture in England, France and Germany since 1750, published by Cambridge University Press (2012). The $10,000 prize is presented annually to the author of the best book in European studies that transcends a focus on any one country, state, or people to stimulate new ways of thinking about contemporary Europe as a whole, and rotates between the humanities and history & social sciences. This is the third award in the humanities cycle, which covered books published in 2011 and 2012. Seigel will accept the award and present a lecture in the fall semester of 2014 at the University of Notre Dame.

“A work of erudite detail and stunning originality, Jerrold Seigel’s Modernity and Bourgeois Life offers a magisterial account of the development of networks in terms of economy, politics, and aesthetic culture. In a volume that displays a lifetime of detailed research and reading, impeccably marshaled and prodigiously footnoted, Seigel argues for the emergence of a bourgeois form of life in which “networks of means” link distant energies and resources in ways that amplify the agency and social power of individuals and groups. He examines the distinctive shapes this bourgeois form of life has taken in England, France, and Germany, building a compelling case that brings apparently distinct factors and even antagonistic forces into focus in an original account of the constitutive features of modernity. Here is a work of scholarly synthesis and narrative power capable of informing many disciplines for decades to come.” 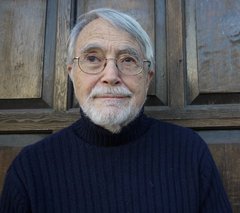 Jerrold Seigel is the William R. Kenan, Jr., Professor of History Emeritus at New York University. He previously taught at Princeton, where he received his Ph.D. His first field of historical specialization was the Italian Renaissance and he has since published widely in European studies from the sixteenth to twentieth centuries. During his distinguished career, Seigel has held fellowships from the Fulbright Commission, the National Endowment for the Humanities, and the John Simon Guggenheim Foundation. Professor Seigel was also a Visitor at the Institute for Advanced Study in Princeton, a visiting lecturer at the École des hautes études en sciences sociales in Paris, and a Resident at the American Academy in Rome.

The jury also awarded honorable mention to Yasemin Yildiz for her book, Beyond the Mother Tongue: The Postmonolingual Condition, published by Fordham University Press (2012). The jury commended Yildiz’s book, stating:

“No problem is more crucial for European identity than that of the relationship of the monolingual to the multilingual and the relationship of each to the concept of the nation-state. Yasemin Yildiz’s Beyond the Mother Tongue is a finely-crafted exploration of a group of 20th-century German writers which excitingly recasts how these authors are defined or define themselves in terms of German as a language, revealing how the powerfully affective notion of the “mother tongue” functions for writers as different as Kafka (and Yiddish), Adorno (and the Fremdwort), Tawada (and Japanese), and Zaimoglu (and Turkish). Her studies disrupt a “monolingual paradigm,” showing how multiple our relations with languages can be. Yildiz brilliantly highlights what is at stake, ethically and politically, in the monolingual paradigm and in resistance to it, even where—perhaps especially where—the resistance might simply appear as linguistic playfulness. At stake is whether national identities can come to terms with multilingual realities. All future work will have to take account of her innovative work.”

Yasemin Yildiz is Associate Professor of German and Conrad Humanities Scholar at the University of Illinois.

The Nanovic Institute for European Studies at the University of Notre Dame is committed to enriching the intellectual culture of Notre Dame by creating an integrated, interdisciplinary home for students and faculty to explore the evolving ideas, cultures, beliefs, and institutions that shape Europe today. For additional information about the Nanovic Institute, the Laura Shannon Prize, and the authors, please see nanovic.nd.edu.