With the help of a Nanovic Institute grant, Margaret Thomann (class of 2018) traveled to Switzerland over Fall Break to learn about the Swiss financial industry’s involvement with cloud computing.

Thomann visited the headquarters of Credit Suisse in Zurich, where she met with computer engineers; the head of Product, Data and Analytics Solution Delivery; and the head of IT Strategy and Architecture.  They discussed the history of cloud computing at the bank, its successes so far, and the challenges that remain. 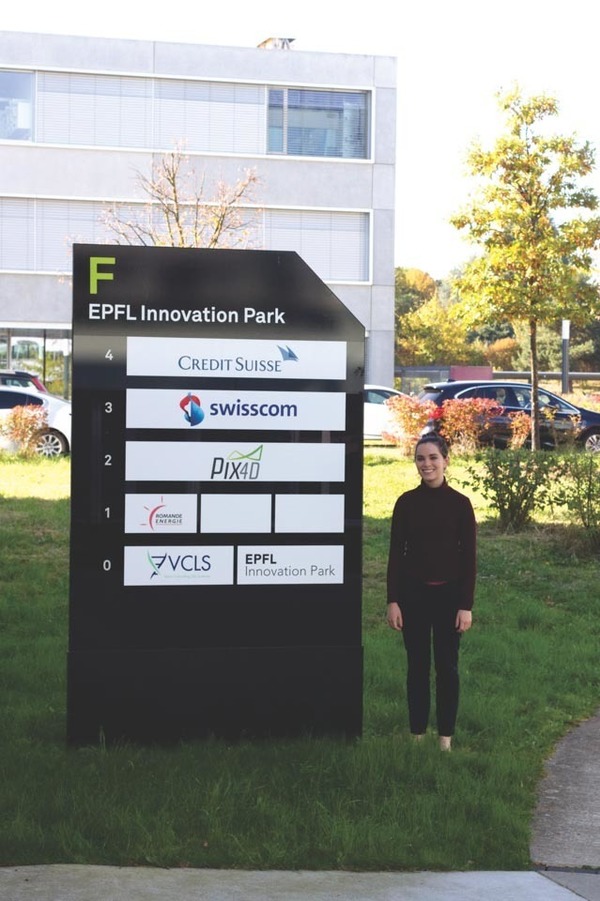 A computer science major, Thomann said that her interest in the issue arose last summer when she was working at Credit Suisse in New York as an Application Developer intern.  She was surprised to see that Credit Suisse did not make use of the public cloud.

The reason for this, she later discovered, was the 1992 Swiss Federal Act on Data Protection, which stipulates that the client data of all Swiss organizations must be physically located in Switzerland.  Since most public common cloud computing services are based in countries outside of Switzerland, Swiss banks have been unable to use them.

“The potential for cloud computing to lower costs and enhance efficiency is key to the future success of the Swiss financial services industry,” Thomas explains.  Credit Suisse, the second largest bank in Switzerland, “generates four gigabytes of trading data per minute, yet it doesn't utilize the substantial computational power of the public cloud.  This power has reduced the execution time of other banks’ financial simulations from twenty hours to just twenty minutes. Adoption of the cloud has allowed other banks to not only launch applications in a mere two weeks, rather than three months, but also reduce technology infrastructure costs by 25%.”

Understanding these challenges is important, Thomann said, because there could be lucrative opportunities for American cloud service providers to enter the market in Switzerland and other European countries.  “As a computer science major entering the industry next year, I wanted to explore this area in order to prepare myself effectively to understand the international implications of and potential for developing these technologies.”

After visiting Credit Suisse, Thomann traveled to Lausanne, where she met several owners of Swiss startup companies.  A conversation with the CEO of Olympe, a cloud-based application company in Switzerland, was especially enlightening, Thomann said.  “The CEO believed the presence of Google, Microsoft, or Amazon data centers in Switzerland wouldn’t make much of a difference for them since an American cloud provider cannot guarantee that the U.S. government can’t access the data.” 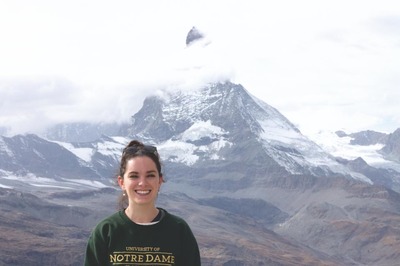 Before heading back to the U.S., Thomann was also able to take a daytrip to Zermatt, where she visited the Matterhorn and spent time with local people she met there.

“Visiting Zurich, Lausanne, and Zermatt helped me grow professionally, but I was surprised to note the educational and personal growth I experienced during my week there.  The unique and contrasting identities of the different regions in Switzerland were especially striking to me.”