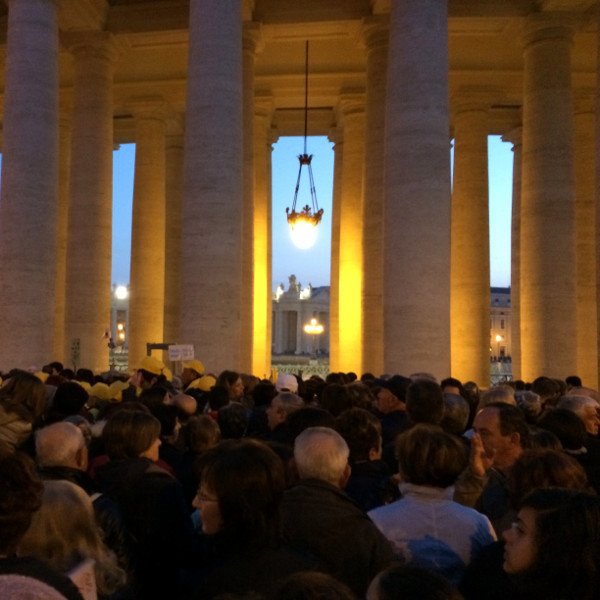 Led by Francesca Aran Murphy (Theology), an international group of scholars in philosophy and theology, with the sponsorship of the Nanovic Institute, have undertaken a multi-year project to explore the history of secularism in Europe.

Charles Taylor, in his widely-read A Secular Age, describes a world in which  religious faith has come to be seen not as a given but simply one ideological option among many. As a condition of many such options, secularity is related to but distinct from something called secularism, which is an ideological commitment.

The secularist commitment has a distinct intellectual history. Re-evaluating common ways of writing the intellectual history of modern secularity, especially in Europe, the Illuminating Modernity group focuses on how the story of secularism can be re-told in terms of conceptual shifts in theology and philosophy. The group includes such scholars as Cyril O’Regan, David Bentley Hart, John Betz, Balazs Mezei, and Kenneth Oakes. Graduate and postgraduate students work with the group regularly.

Over the four years of Nanovic support, the group has begun to bring attention to major works by philosophers and theologians of the nineteenth and twentieth centuries that have engaged productively with secularist philosophies in Europe but have never been translated into English. These strands have remained more or less hidden, so the task of the group has been to reveal, reconstruct, and reinforce their work as important contributors to the history of secularism and its discontents. Thus John Betz has translated Erich Przywara’s magisterial Analogia Entis, which has created quite an international stir. Likewise, Etienne Gilson’s biography of Duns Scotus is being translated into English for the first time, as is Olivier-Thomas Venard’s trilogy on theological aesthetics, which will be issued as a single volume in English under the direction of David Bentley Hart and Venard himself.

To bring its work to a wide audience, the group has secured a publishing contract with Bloomsbury Academic Press and has established a plan to issue a series of scholarly works with them until 2020. Volumes published and underway include:

The group has also signed an additional contract with Oxford University Press to publish The Oxford Handbook of Divine Revelation.

In addition to this, the Illuminating Modernity group holds conferences, such as Christian Wisdom Meets Modernity and an upcoming conference in April 2016 on its new translation of Etienne Gilson. On a weekly basis, the group conducts a Nanovic Seminar for graduate and postgraduate students. In 2016/17, the seminar will be led by David Bentley Hart. The group also holds translation workshop and pursues a range of external grants to support its activities, pursuits which have led to the establishment of annual postdoctoral and Fulbright fellowships.

For more information, the group has a website which publishes original essays, translations, and video interviews with key contributors: