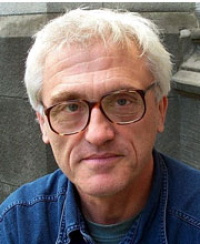 Jan Tomasz Gross, Norman B. Tomlinson ’16 and ’48 Professor of War and Society and professor of history at Princeton University, will give a lecture titled “On Holocaust’s Periphery: Poles and Their Jewish Neighbors” at 7:30 p.m. Tuesday (Oct. 27) in the University of Notre Dame’s McKenna Hall auditorium.

Gross, a native of Warsaw, was born shortly after World War II. His mother had fought in the Polish resistance, risking her life to ensure the survival of his father, a Polish Jew and a member of the underground Polish Socialist Party.

Gross is the author of two controversial books, “Neighbors: The Destruction of the Jewish Community in Jedwabne, Poland” and “Fear: Anti-Semitism in Poland after Auschwitz.” “Neighbors” concerns a massacre of Jews in a village of Nazi-occupied Poland during World War II. Its charge that Poles—not their German occupiers—were the authors of the massacre set off a fierce debate in Poland and gave way to an investigation by the Polish Institute of National Remembrance. “Fear,” published in the United States in 2006, concerns anti-Semitism and violence against Jews in post-war Poland. Its publication in Poland last year stirred another national debate in which Marek Edelman, one of the last living leaders of the Warsaw Ghetto Uprising, disagreed with Gross’ interpretation. “Postwar violence against Jews,” he said, “was mostly not about anti-Semitism; murdering Jews was pure banditry.”

The lecture, which is sponsored by the Notre Dame Holocaust Project, the Nanovic Institute for European Studies, and the history and theology departments, is free and open to the public.

Originally published by at newsinfo.nd.edu on October 22, 2009.