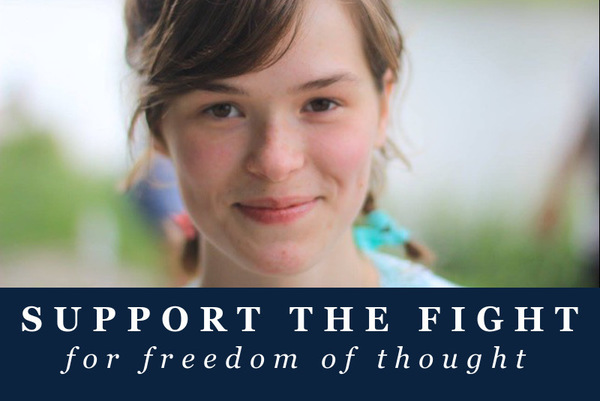 Donate now to help the Institute and students like Elly Bleier ('20).

In 1967, the Fighting Irish went 8-2 under Head Coach Ara Parseghian. Rocky Bleier, at halfback, played the finest game of his career against Navy before a knee injury sidelined him late in the season. He fought back to play professionally for the Pittsburgh Steelers in December 1968 but was soon drafted into the US Army to serve in Vietnam, where he was wounded on August 20, 1969. Recognizing his valor, the Army awarded Bleier the Bronze Star and Purple Heart. He then returned to football, fought back from his injuries, and won an unprecedented four Super Bowl titles with the Pittsburgh Steelers.

In the tumultuous late 1960s, Bleier saw Notre Dame change from an all-male student body to one that included women and was more diverse. In his memoir, Fighting Back, he wrote: "We were too much alike in those days. We were 98 percent white and 98 percent Catholic. Too many of us in student politics had similar views. In the classroom, we needed more nonwhites and non-Catholics to expand our horizons." 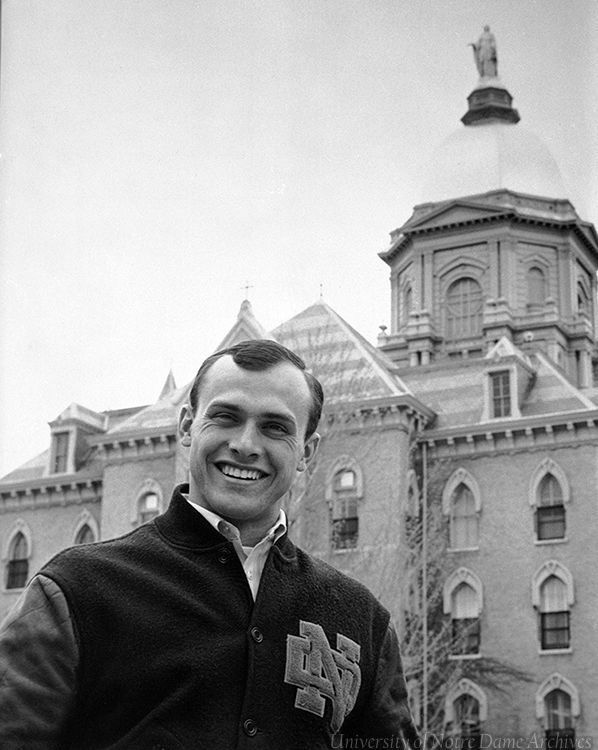 To Bleier, freedom of thought, broader horizons, and integrity of character were worth fighting for. Elly Bleier recently spent a few minutes with the Institute reflecting on what it was like to grow up with her dad.

"I guess if I had it to do over again, I'd take a broad-based liberal arts program, with emphasis on classical thought and literature."

From Fighting Back: The Rocky Bleier Story (1975).

Elly, take us back to the year 2000. How did your mom and dad get interested in Ukraine?

They had a neighbor, a lady who lived across the street from us, who had adopted her daughter from Moscow not long before. She introduced my mom and dad to another couple working to help parents in the US adopt children from Ukraine. This was around 2000. 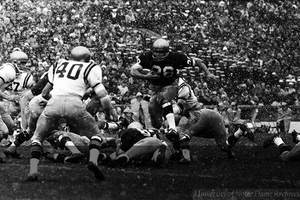 Where were you at the time?

In an orphanage in Simferopol, the capital of Crimea. I don't remember what that orphanage was like, but I remember being adopted because I was really ready for it. When my sister and I came to our new house here in the US, I explored the whole thing and pulled on my dad's moustache, which was amazing! I remember looking around and thinking, "yes, this will work." My sister Rosie had a different reaction. She grabbed a bread roll from the airplane dinner and wouldn't let go. She carried it the whole way home.

Take us back to growing up with your dad, a local hero, in Pittsburgh. What was that like?

He's been a great dad. And before you ask, he never tried to get us into sports. He gave us a lot of freedom. In fact, he made way for me to study bassoon and theatre! After his football career, he was completely available to us. He would wake us up, drive us to school, drive me to band practice, and play with us when we went swimming. He would throw us around in the pool because he was so big and strong. He still is! 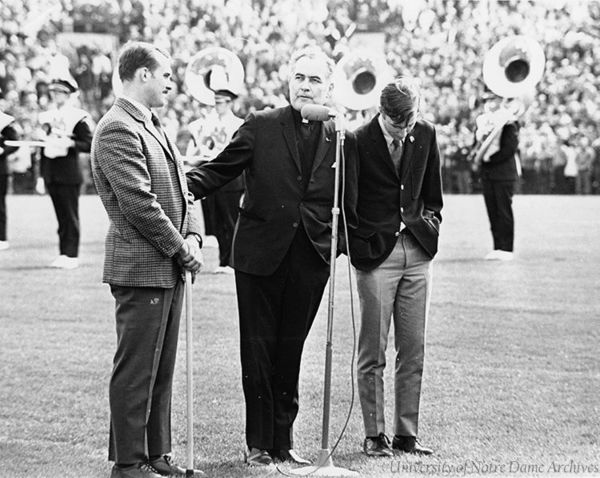 Rev. Theodore M. Hesburgh, CSC, introduces Robert "Rocky" Bleier at halftime during ND vs. USC in 1969, after Bleier was wounded in Vietnam.

How did your parents react when you decided to come to Notre Dame?

They were very happy when I was accepted in that smiling, knowing way because they knew what was in that thick envelope! Originally I thought I was going to go to Penn State to study music, but the music curriculum there was more restrictive than Notre Dame's. I wanted to be free to think about more things than music, like political science and Russian, and Notre Dame was a great place to do that. And what's more, I've always admired my dad's basic kindness, his willingness to listen to everyone, and his way of keeping goodness simple. I think that clear simple moral code had something to do with his experience here at Notre Dame.

How then did you learn of this opportunity to go back to Ukraine?

I took Professor McAdams's freshman course, Introduction to World Politics. I remember going into his office hours for the first time. They weren't like any other professor's office hours. Professor McAdams never began by asking you about the coursework: he wanted to know about you and your life. When he mentioned the summer opportunity to teach English at the Ukrainian Catholic University, he saw immediately how much that opportunity would mean to me. He was a great source of advice and encouragement.

This was after the war with Russia started in and around Crimea. Were your parents worried about your traveling to Ukraine?

My dad said yes right away actually -- but then agreed with my mom that of course safety was important. My mom was just being a good mom. I sort of wore down her resistance by telling her the Nanovic Institute was supporting it all financially, so cost wasn't a factor. Same thing with my Russian language studies in St. Petersburg the next summer. My dad was confident everything would be ok. He just had one piece of advice when I was abroad: "Remember to call your mom."

Photo credits: Thanks to the wonderful staff at the Notre Dame Archives for their assistance with the photographs above, which are used here with their permission.

Video: What Would You Fight For?

Video: Behind the Scenes Interview