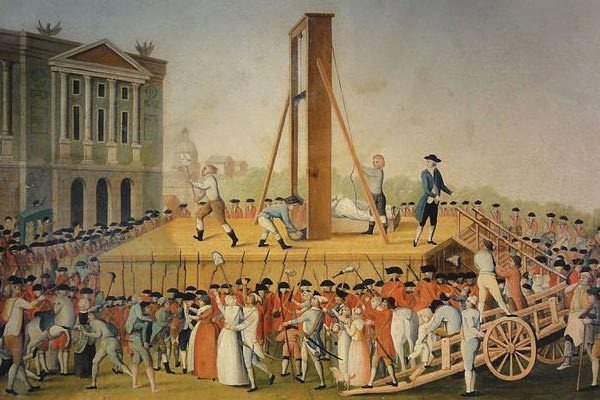 Since 2007, the Nanovic Institute has sponsored the meetings of a group of faculty dedicated to the study of war and revolution. It is now called Cultural Transformations in Modern Europe. Meeting each month, the group reads its members’ scholarly works in progress and so creates an interdisciplinary home where such work can thrive. Leading the group is Prof. Julia Douthwaite (French), who explains the group’s origins and productivity below:

“This writing/reading group began when I asked for grant money to hold a conference at Notre Dame called New Paradigms in Revolutionary Studies. This was an enlightening process. The Institute told me I could have the money on the condition I create a discussion group. I didn’t know who was interested in the topic of revolutions, so at one of the faculty fellow events I simply stood up and said just that, and all of the sudden people came out of the woodwork, including very newly arrived people.

We have about five departments in our group right now and meet once a month to read our own work. At first we started reading work by other people, and then we said no, let’s read our own work and help each other publish and really get going! I counted on the way over here at least three books that came out of this group. It’s been going since 2008, so that’s quite an effort.

There’s another book I’m editing right now that has had the same impetus from this group and being part of Nanovic. It’s called Teaching Representations of the French Revolution and includes thirty contributors from around the US, including faculty from community colleges. It’s about different ways of reaching students and the many, very fascinating stories of people who work with impoverished students or people who have just arrived. What does “revolution” mean to them?

And then there is finally a new project I’d like to mention, a project for which I hope we get some funding. I’m working with Nanovic Fellow Cheryl Snay in the Snite Museum of Art and Randy Harrison, Emerging Technologies Librarian in Hesburgh Library, to plan an interactive exhibit in the Snite Museum about art and money. So this could perhaps be filed under “financial revolutions.” We’ll be meeting very soon to plan it.

I’d be very curious to meet who might be interested in talking about money — money as a guage of our value, because part of what this exhibit wants to do is to make people feel very anxious, so that when they walk out, they say ‘Why did I let money make me feel so anxious? How ridiculous. I am worth much more than that!’ So, it is a revolutionary gesture in its own way.”