Martin Luther King Jr. addresses a crowd from the steps of the Lincoln Memorial where he delivered his famous, “I Have a Dream,” speech during the Aug. 28, 1963, march on Washington, D.C. via Wikimedia.

Is there a connection between the Civil Rights movement in the US and the political situation in Germany?

In 1931, Martin Luther King Jr’s father became the pastor of Atlanta’s Ebenezer Baptist Church, a position he would hold for the next forty years.Three years later, King Sr. joined ten other Baptist ministers from the US on a trip to the Holy Land and Europe, which included a visit to Berlin. The Fifth Baptist World Alliance Congress was being held there at a large hall.

On August 4-10, 1934, on the occasion of the centennial celebration of the Baptist congregation in Germany, King Sr. was part of a delegation of 30 black Baptists from the USA.

Hitler was already in power and had spoken in the same hall. The audience of thousands was integrated, however, including attendees from sixty nations. At the time, the Nazi party was praised for its reforms. Nazis were known as non-smokers and non-drinkers. A church commission in Germany had condemned racism and anti-Semitism. Hitler did not address the Bapstist Congress but sent a telegram to be read that thanked the attendees on a resolution they had adopted which expressed sympathy after the recent death of President Paul von Hindenberg.

King Sr. was so impressed with Germany that upon his return he changed his name to Martin Luther, a name he also changed for his son (b. 1929). His son’s name was changed legally in 1957.

This is how Martin Luther King, Jr., got his name. 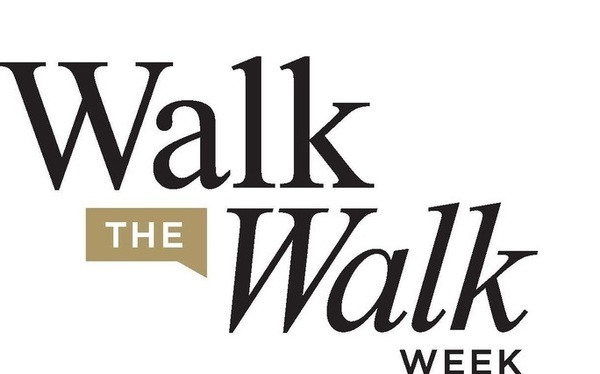 View all activities and events to celebrate MLK's legacy.

Years later, in 1964, the mayor of West Berlin, Willy Brandt, invited MLK Jr. to speak at a ceremony commemorating the assassination of JFK the year before. The two had met earlier in 1961, during Brandt’s visit to the US.

The morning before the ceremony, GDR soldiers shot and wounded a young east German man as he tried to escape. King saw the young man’s rescue.

Against the wishes of the US government, which confiscated MLK’s passport at the American Embassy and detained his interpreter, MLK visited East Berlin. Exchanging cash at Checkpoint Charlie, they drove to St. Marienkirche, where MLK gave a sermon to an overflow crowd, the same sermon he gave earlier at the Waldbuhne amphitheatre in West Berlin.

His sermon rang with words like “freedom” and “civil disobedience.”

Across more than oceans, his words are still ringing.

"For here on either side of the wall are God’s children,
and no man-made barrier can obliterate that fact..."