The Nanovic Institute for European Studies hosts faculty from Catholic Universities Partnership institutions who serve as a Visiting Scholar each summer. Now known as the Patrick and Angela Adams Fellowship for Catholic Higher Education in Post-Communist Eastern Europe and the former Soviet Union, the fellowship's goal is to provide these individuals with experiences at Notre Dame that will ensure their success as future leaders of their region’s Catholic universities.

Read More about the Fellowship 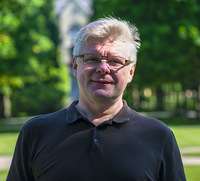 Andrii Yasinovskyi, PhD, is the current Dean of Humanities at Ukrainian Catholic University in Lviv, Ukraine, where he is also head of the Department of Classical, Byzantine, and Medieval Studies. Prof. Yasinovskyi also serves as the Director of the Ukrainian Catholic University Press. His teaching is frequently cross-cultural, focusing on Byzantine and Western civilization or the role of Venice in the Byzantine and post-Byzantine world. He has interests in early modern religious culture as well and has served on the editorial board of ΚΑΛΟΦΩΝΙΑ: A journal for History of Church Monody and Hymnography. At the Institute during the month of June, Prof. Yasinovskyi will be working with Notre Dame resources and faculty to develop a new course "on the cultural crossroads" of the classical Mediterranean world. 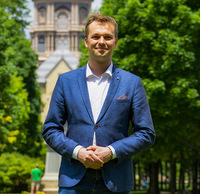 Robert Tabaszewski (PhD, LLM) is a Research Associate at the Institute of Law at the John Paul II Catholic University of Lublin. With interests that range from health care law to human rights, Prof. Tabaszewski has held positions in the Presidency of the European Parliament, the Global Health Law Groningen Research Centre, the Università degli Studi di Bari Aldo Moro, and the Polish Agency for Enterprise Development in Warsaw. Prof. Tabaszewski is practicing lawyer in Lublin, where he also hosts his own television program. At the Institute during the month of June, his research project is to clarify the problem of "permissibility" when it comes to legal derogation (the partial repeal of a law) and the limitation of rights and freedoms in extraordinary or emergency circumstances. 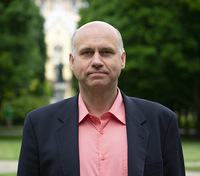 Dariusz Eligiusz Staszczak is a prize-winning Professor of Economics at the John Paul II Catholic University of Lublin, Poland. He earned his Ph.D. in Economics at the University of Economics in Krakow and wrote his habilitation thesis at the University of Bialystok. With broad research interests in global economy and politics, international relations, and transnational corporations, Prof. Staszczak will spend the month of June at the Institute exploring the best way to frame the relationship between European Union and the global system, evaluating the currently competing frames of neo-liberalism, neo-Marxism, and neo-realism. 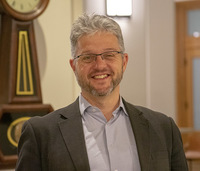 Máté Botos is an Assistant Professor in the Department of International Studies at Pázmány Pétér Catholic University in Budapest, where he recently completed a term as Dean of the Faculty of Humanities and Social Sciences. An historian of political and economic thought, Prof. Botos earned his PhD in political science from Eötvös Loránd University after several years at the École des Hautes Études en Sciences Sociales in Paris. During the month of June, Botos will be working on the historiographical approaches of Hungarian-born John Lukacs and Russell Kirk as well as the reception of Russell Kirk's political and historical philosophy. 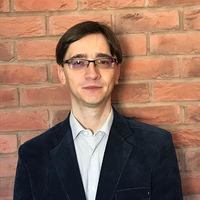 Róbert Ďurka is a Senior Lecturer in the Department of Psychology at the Catholic University of Ružomberok, Slovakia. Prof. Ďurka earned his PhD in Social Psychology from the University of Tyrnava, Slovakia, in 2006, following a Master's in Clinical Psychology in 2003. His research interests, which have been funded by the Ministry of Education, Science, and Research in Slovakia, have focused on the psychology of corrective humor and laughter, student stress, internet addiction, and media habits of children. During his summer residency, Prof. Ďurka will be working on a project on national stereotypes. 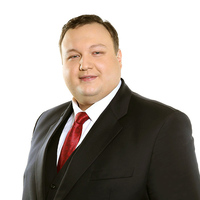 Dimitry Gegenava is an Associate Professor of Law and Vice-Rector of the Sulkhan Saba Orbeliani Teaching University in Tblisi, Georgia. Earning his PhD in Law from the State University in Tbilisi in 2016, Prof. Gegenava has held, and continues to hold, numerous leadership positions in Georgian academia, such as his serving as Editor-in-Chief of the journals Legal Methods and Journal of Law "Sarchevi" as well as serving as Secretary General of the European Law Students' Association of Georgia and as President of the Young Scientists' Society. His publications, in Georgian and in English, focus on constitutional issues of church-state relations and modern constitutionalism in Georgia. While at Notre Dame, he will be working on a project comparing the interpretation of constitutional norms and procedures of constitutional review in Georgia, Europe, and America. 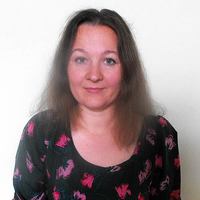 Nadiia Zasanska has been a Lecturer and postdoctoral researcher at Ukrainian Catholic University in Lviv, Ukraine, since 2017. Previously she served as a research fellow in the Open Society Archives of Central European University in Budapest and as an independent researcher at the State Pedagogical University 'Kropivnitskiy' in central Ukraine. Her PhD (2016) was in Applied Linguistics; her Master's and bachelor's degrees are in English and Literature. While at Notre Dame, she will continue her line of publication on the political exploitation of religion in post-soviet states, focusing in on the rhetoric and online media of the Russian Orthodox Church as it seeks to shape Ukrainian identity.