The Nanovic Institute is pleased to announce its five dissertation fellowships for academic year 2018-19.

The winners receive up to $22,000, allowing them to devote full attention to writing their dissertations during the coming academic year.

"High-quality dissertations come out of high-quality research," says Anthony Monta, Associate Director of the Institute, "but the best scholarly writing also requires quality time. We are immensely grateful to be able to offer a full academic year of financial support to truly outstanding young scholars." 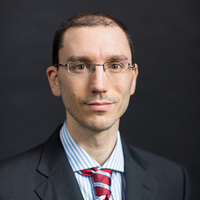 Matteo Bianchetti’s dissertation, “Between Philosophy and Psychology: Geometrical Thinking in European Mathematics,” investigates a strand of thinking common to European mathematicians of the past three centuries. Focusing on "constructive" reasoning, Bianchetti explores the significance of using geometrical metaphors to describe non-geometrical topics. Bianchetti argues that this phenomenon represents a "deep interplay between scientific, cultural, religious, and intellectual creativity in Europe." According to one faculty member, Bianchetti's research has interdisciplinary significance: his study of the reasons mathematicians have applied constructive constraints to their investigations "reveals less about the special epistemic character of mathematical proof and more about the many ways in which developments in broader human culture have shaped the development of mathematics." 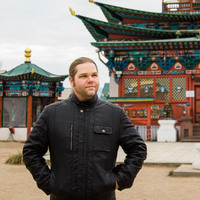 Raymond “J.R.” Drause’s doctoral dissertation, “The Enlightened Wilderness: Exiled Decembrists on the Siberian Frontier,” analyzes the social, cultural, and scientific activities of the Decembrists, a group of European nobles exiled by the Tsar to Siberia in 1825. While the Decembrist revolt has received significant scholarly attention—it was the first attempt at revolution against the monarchy in Russia—very little scholarly work has been able to describe and explain the Decembrists' activities and influence either in Siberia or in western Russia after their return in the 1850s. In anticipation of the 200th anniversary of the Decembrists’ exile, Drause aims to fill this gap in history. Such research puts Drause on the cutting-edge in Russian studies, which has turned the focus of scholarly attention away from the capitals of Moscow and St. Petersburg and toward the relative 'wild west' of the Russian provinces. Drause spent last year tracking down documents and materials in far-flung archives in Siberia itself, supported by the Fulbright Commission. 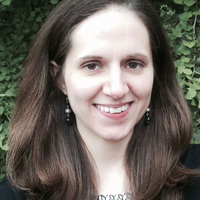 Ashly Foster’s dissertation, “My Flesh Trembleth: The Chaos of Scottish Piety within the Early British Empire,” explores how ordinary Scottish laypeople in the early eighteenth century reacted to the unification of Scotland and England. What did they know, for example, about Enlightenment writers such as David Hume and Adam Smith, and how did they understand them in the context of unification? Scholars have long argued that Scottish loyalty to Britain prevented unification from producing a revolutionary backlash. Foster argues that this view is unfairly based on the attitudes of Scottish élites. By looking at Scots in Reformed Presbyterian communities, Foster uncovers a level turmoil unnoticed by previous scholars. Based on deep dives into Scottish archives in Cambuslang, Glasgow, Galloway City, and London, her work promises to shed new light on patterns of religious and cultural integration in the (then-new) United Kingdom. 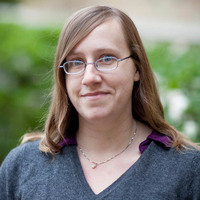 Heather Stanfiel explains the significance of destroying monuments in Ireland by the Irish themselves in her dissertation, “For the Cause of Our Land with a Match in His Hand: Memory, Conflict, and Ireland’s Global Imperial Legacy.” Stanfiel argues that the destruction of monuments sheds light on the discord that fueled the violence of the “Troubles” and continues to produce conflict today. She also enhances the understanding of British imperialism by connecting "de-commemoration activities" in Ireland to similar activities in former British colonial states such as India and Kenya. Such a comparative approach aligns her project with a recent and more general development in historiography that focuses on issues transcending a focus on any single country. Her work also blurs the lines between history, urban architecture, and anthropology by incorporating interviews and observations of the Irish as they took part in a larger process of "recasting imperial iconography for nationalist purposes." 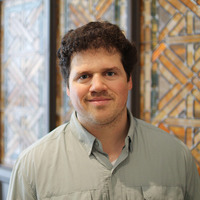 Charles Yost is a doctoral candidate in the highly-specialized and demanding scholarly world of Byzantine studies. Having worked both in Cyprus and in the Vatican Library, Yost is uniquely positioned to navigate the historiography of a period that continues to be affected by deep religious and political divisions. With a command of Latin, Byzantine Greek, and Modern Greek, Yost will spend 2018/19 writing his dissertation, “The Thought and Ministry of a ‘Unionist Priest’ (ἑνωτικὸς ἱερεῦς): John Plousiadenos, the Council of Florence, and the Tradition of Byzantine Christianity in Union with Rome.” Yost interprets and gives voice to the writings of Plousiadenos and other unionists of his time—many of which have never been translated into any modern language—and situates them in a history undistorted by preconceptions and political commitments. In the words of one reviewer, Yost's dissertation "decisively contributes to a deeper cultural understanding between the Latin and Greek worlds and thus between Western Europe and Eastern Christian traditions."

For more information about the Paul G. Tobin Dissertation Fellowship and the Dominica and Frank Annese Fellowship in Graduate Studies, and for instructions on how to apply, visit nanovic.nd.edu/dissertation-fellowships.