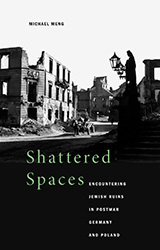 The Nanovic Institute for European Studies has awarded Michael Meng the 2013 Laura Shannon Prize in Contemporary European Studies for his book, Shattered Spaces: Encountering Jewish Ruins in Postwar Germany and Poland, published by Harvard University Press (2011). The $10,000 Laura Shannon Prize, which is poised to become the preeminent book prize in European studies, is presented annually to the author of the best book in European studies that transcends a focus on any one country, state, or people to stimulate new ways of thinking about contemporary Europe as a whole, and rotates between the humanities and history & social sciences. This is the second award for history & social sciences, which judged nominated books published in 2010 and 2011.

Michael Meng’s compellingly written and moving study demonstrates how the development of “Europe” as a whole interfaced with the problems of dealing with the physical remnants of Central European Jewish civilization. His work examines the fate of Jewish ruins and remains in Poland and in Germany—East, West, and reunited—from the end of the Second World War until the present. With inventive and original research on the history of Jewish buildings and religious sites in five cities—Warsaw, Wroclaw, Berlin, Potsdam, and Essen—Meng is able to trace the arguments and plans of the decision-makers who determined whether synagogues, community centers, cemeteries, and housing blocks, would be demolished, allowed to disintegrate, or refurbished for other functions. Meng analyzes the important transformation of memory culture in the 1970s and then again after 1989, when, under the influence of what he calls “redemptive cosmopolitanism,” Jewish sites were preserved and have been built anew, to the point where we have beautiful synagogues and impressive historical museums and memorials in both Poland and Germany. In Shattered Spaces, Meng offers important and illuminating insights into why these crucial shifts happened. He brings to this task a broad-ranging understanding of architectural history, urban planning, and postwar European issues of memory and forgetting. 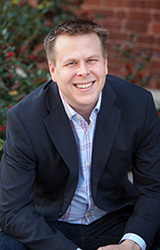 Meng will accept the award and present a lecture in the fall semester of 2013 at the University of Notre Dame. Michael Meng is Assistant Professor of History at Clemson University. He received his B.A. from Boston College and his Ph.D. in history from the University of North Carolina at Chapel Hill. Meng has received grants and fellowships from the American Council of Learned Societies, the American Council on Germany, the Andrew W. Mellon Foundation, Fulbright, the German Marshall Fund, the German Academic Exchange Service, the Graham Foundation for Advanced Studies in the Fine Arts, and the Center for Advanced Holocaust Studies of the United States Holocaust Memorial Museum, among others.

The Nanovic Institute for European Studies at the University of Notre Dame is committed to enriching the intellectual culture of Notre Dame by creating an integrated, interdisciplinary home for students and faculty to explore the evolving ideas, cultures, beliefs, and institutions that shape Europe today. For additional information about the Nanovic Institute, the Laura Shannon Prize, and the author, please see nanovic.nd.edu.