Ruslan Lucero ('17), a double-major in Economics and Russian, received The Pushkin Grant for Advanced Language Training in Russian to travel to Russia to participate in language training and an internship. While there, he was transformed. Ruslan recently wrote to us about his experience:

When located beyond the borders of one’s home, it is always the spontaneous decisions, chance occurrences and complete strangers that make the deeper impression on one than do planned itineraries, structured programs or familiar people. No worries, I am beyond grateful for the opportunity I had to study at Russia’s most prestigious university, Moscow State Institute for International Relations (MGIMO), and to sport a business suit at my internship with Alinga Consulting Group.

I was the lucky one. I lived with very hospitable and very Russian relatives. Immediately upon arrival and throughout my stay with them, I had the full dosage of Russian culture. In the initial stages of planning my program for the summer I had decided I wanted to live with the Russian relatives in Moscow that I had never met. I hoped my Russian would improve all the more in addition to formal studies. I also knew way ahead of time that I would have the pleasure of commuting an hour and a half every day to class and an hour and a half back home. This is the same pleasure that within the first week I came to passionately embrace because it allowed me to assimilate among the Muscovites. I bought a suit. I borrowed my uncle’s briefcase. I grabbed a book and flipped those pages on the metro along with all the other Russians on their way to work. Soon enough I could read standing without holding onto anything. It was an art. An art of camouflage, but not that I needed to. It was just amusing to know that I, not ever having set foot in Russia for twenty-two years, could assimilate so flawlessly. For all they know, I could be a spy. My quick adaptation is understandable though; I am after all, Russian.

The funds provided by the Pushkin Grant allowed me to enroll in private one-on-one language lessons for two months with a Russian professor who teaches full-time students at MGIMO. The focus of my studies was business, economics and politics. Before the summer the prospect of freely sharing my political views or discussing business and news in the economy in Russian would have posed very challenging. Now, I have a deeper and wider control of my native language and can strike up a passionate conversation about Putin and Obama with any stranger on the street. I hope to use my improved fluency at work in Russia in the sphere of international business consultancy. My Russian also benefited greatly by practicing what I learned during my lessons at my internship.

Alinga Consulting Group provides tax and legal consulting services to private U.S. firms wishing to establish an office in Russia and for entrepreneurs wishing to start their own business in Russia. I worked primarily in their marketing division. My project consisted in identifying all the competitors in our industry and target market, conducting quantitative and qualitative analysis of the top competitors and developing new strategies to increase our web presence on Google and Yandex. I attended a few conferences and networked with representatives of some of our competitors and partners. Sometimes, I would translate from Russian into English or proofread already-translated tax and other legal business documents. In the end of my internship I presented my findings and suggested ways to improve our search engine optimization. I am very thankful for the fact that I worked in a Russian-speaking atmosphere at the office. I experienced Russian business culture; for instance, the first day that I sat at the table in the lunchroom a colleague entered and wished us “good appetite,” a gesture I returned when I would enter the room the following days. 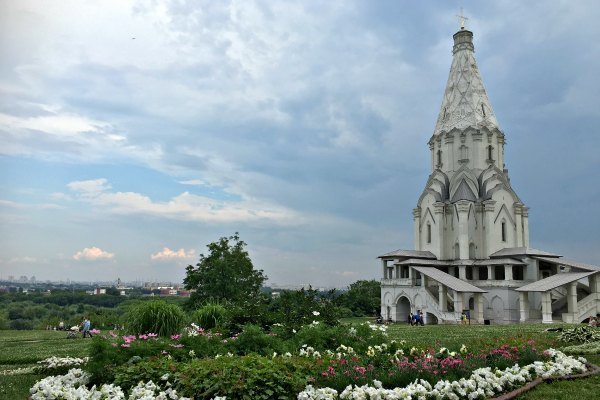 Never having experienced the rites of Russian Orthodoxy despite having been born and spent my most impressionable years of childhood in Ukraine, I arrived in America at the age of eight to continue living in ignorance of the religion in which I was baptized. Ever since having transferred from the University of Vermont to Notre Dame, two key self-developments have occurred. First, I have grown in my understanding of the Catholic tradition, which has consequently helped me to dig into difficult questions about my spirituality, specifically Russian Orthodoxy. Second, my Russian studies have strummed a more personal note. No longer do I consider my interest in completing a Russian major solely for vocational purposes in the direction of international business, but I am embracing what I learn, even embodying it, and thus cultivating deeply rooted questions about my identity and past.

Who am I as a Russian? What is the meaning of the Russian soul, the Russian suffering? Why is love lethal and so heart-wrenching for Russians? Why do I feel God closest in nature? Why do I dwell in and empathize with characters in Russian literature so acutely? The beauty in these questions and my personal journey is accepting that I may never find complete answers no matter how many people I consult - even Russians themselves, as I did this summer in Moscow and in Crimea. I will never forget those conversations, people’s answers - some of which were immediate, some hesitant, the individuals’ surprise at my question and oftentimes their flood of emotion and sudden outcry to be reciprocated by my own fountain of empathy and understanding, both bitter and sweet. I will share three distinct moments and occasions that had a profound impact on me, the explanation of which unfortunately extends beyond the allowed space of this essay.

“What is the Russian soul?” I ask in Russian.

“It is kindness. It is a Russian babushka in a remote village tip-toeing toward you from behind the gate with peeling paint, her gnarled hands reaching out to you, her tired yet somehow sparkling eyes in the pool of a warm face marked with wisdom and hard work framed by a colorful head scarf, beckoning you to come into her home.”

“It is a Russian birch. The symbol of the Russian beauty. She bends and bends when the wind whips and spins, but does not crack. Hers is a slender figure, tall and strong. The black marks on her saintly white body remind her and those admiring her of the pain and toils she has overcome and still preserves within her being.”

“It is openness. The freedom to talk as free as the wind over the Siberian steppe.”

While sitting on the metro I read a Russian edition of the Summer of the Lord by Ivan Shmelev, a classic piece of literature. I didn’t think anything; instead, I breathed, touched, listened, tasted, I saw Russia opening herself up to me. Shmelev, a Russian emigre, wrote a personal account of his recollections about his childhood. The feeling of experiencing all the Russian religious holidays firsthand bade me to ask how exposed are not only non-Russians, but Russians themselves to their own cultural heritage? Villages and smaller communities outside of city centers are places where the real Russia and her century-old traditions are still alive. They must be revived and shared with the greater worldly communities. Thus arose my interest in reviving cultural sites speckled across the vastness of Russia. This fresh idea formed into a realistic opportunity for engagement after meeting two cheerful and very garrulous men from Bryansk, where my grandfather and mother are from, where I spent seven months of my baby Ruslan life. Vladimir Ivanov connected me with his friend who lives in Vytegra, a small city in northwest Russia, who in turn connected me with another individual and thus began a long chain of contacts who by the end gave me a clear picture of life outside of Moscow. 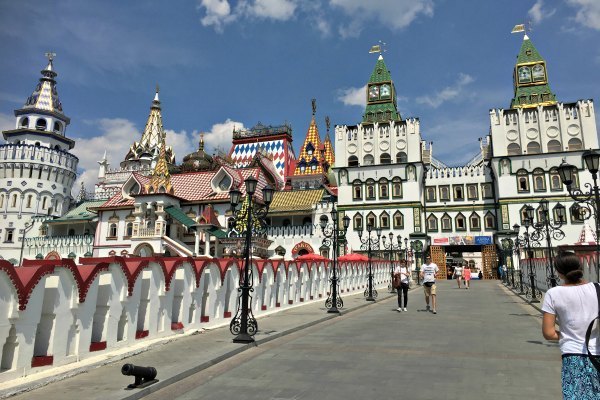 It took me 14 years to take my first footstep in Russia after leaving Crimea. To say the least, the past three months have been soul-awakening and heart-wrenching because I know there is so much more for me to see, learn and struggle to understand about my heritage and what is at stake given the challenges of preserving cultural sites, religious and other holiday traditions and the arts.

I am most grateful to the Nanovic Institute for European Studies, the University of Notre Dame, my professors, family and friends who made this opportunity possible. You all know how much this meant to me. Thank you.

Almost forgot to mention. No, I did not meet any bears strolling around the streets in Moscow. However, I did meet Medvedev* on Red Square during an international book festival.

* Медведь (Medved) is Russian for bear.