Spain, for the first time in its democratic political history, will be governed by a coalition government. Nikhil Garg ('18), received a Break Travel and Research Grant for Sophomores and Juniors from the Nanovic Institute, as well as a grant from the Center for Undergraduate Scholarly Engagement, to travel to Madrid to study the situation during fall break--before the Spanish general election on December 20. While there, he  investigated whether this impending coalition will either exacerbate or improve the growing identity concerns of the Eurozone and, by extension, the European Union.  Nikhil recently wrote to us about his experience:

The burst of the 2007 real estate bubble resulted in asymmetric shocks across Europe that debilitated most, if not all, peripheral, debtor nations—Spain, which experienced unprecedented economic growth on account of a strong manufacturing and construction industry prior to the downturn was particularly affected. Today, 8 years after the official burst of the housing bubble, Spain continues on its path of recovery, which has been retarded by political mismanagement, scandals, and corruption. In 2011, Spain experienced an electoral reversal in which Mariano Rajoy’s Partido Popular (Popular Party or PP) replaced Luiz Zapatero’s Partido Socialista Obrero Español (Spanish Socialist Workers’ Party or PSOE). On December 20th, 2015, the Spanish people will again take to the polls to vote on a new government; this time, however, they will vote not in the binary, but instead be forced to choose amongst PP, PSOE, Podemos (“We Can”), and Ciudadanos (“Citizens”), the latter two of which are fringe groups, which emerged only in the last three years. Though the Eurozone refers to Spain as its poster child for the effectiveness of austerity and economic policies resulting in internal devaluation, high unemployment rates have disenchanted the general population. How this population chooses its next government on December 20th will be vitally important for the future of Spain, as the economic choices of the impending coalition government will speak volumes to Spain’s commitment to the Eurozone.

Though a variety of notable economists including Stiglitz, Summers, DeLong, and Krugman have made their individual assertions regarding the Eurozone Crisis (most call for greater fiscal integration and better coordinated/centralized deficit spending), only a limited amount of literature exists on the upcoming Spanish elections and their relation to the Eurozone Identity Crisis. Most international attention has focused on Greece, which, on account of its repeated failures in the economic and policy arenas led many to fear a potential “Grexit.” I believe that studying the Spanish case is more representative of the typical peripheral European nation, as Greece represents an outlier in its negatives—not to also mention that the Greeks are culturally programmed to oppose austerity and other necessary, yet difficult fiscal reforms. Italy, Ireland, and Portugal either recently had, or will soon have, their own general elections, and I believe that by better studying the Spanish case, we can develop non-quantitative modeling tools to better gauge public reaction to financial and political disarray. 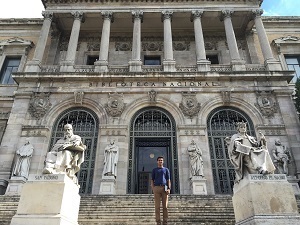 While in Spain, I interviewed a variety of economics professors, political and economic think tank members, and politicians. Through these interviews I was able to get a variety of different perspectives on the upcoming elections, and learned a great deal about the economic and political composition of Spain. First off, what is unanimously agreed upon is that the Eurozone Crisis opened the political market to outsiders (in 2011 and 2012 the “Indignados” movement coupled with the Spanish equivalent of “Occupy Wall Street” bred two new political parties), which are now going to play an unprecedented role in the elections. Ciudadanos is expected to be the kingmaker in the elections and is more likely than not going to enter a coalition with PP, which is expected to beat out PSOE by a narrow margin. The academic community agrees that this coalition government is best for Spain as another political reversal back to the left would result in the undoing of many fiscal, financial, and labor reforms that, though difficult, were successfully implemented by Rajoy’s conservative administration.

What many Spanish intellectuals also assert is that the belief of a fractionalized Eurozone and European Union is a largely Anglo-Saxon belief. Numerous individuals I interviewed said that the Eurozone is in absolutely no threat of disintegration and any assertions to the contrary have a fundamentally uninformed perspective of the composition of Spain and Europe. What I found particularly interesting was the strong influence the Franco Regime, which fell in 1975, still has on the Spanish people. Franco is remembered for his brutality, oppressive conservatism, and intense nationalism that relegated Spain from the rest of Europe. Today, the Eurozone provides Spain the opportunity to be part of “a rich man’s club” that has continued, and will continue, to benefit Spain. Though Spain suffered in the past seven years without any effective monetary and fiscal policy, most Spanish intellectuals suggest that the Eurozone Crisis was instrumental in further developing Optimal Currency Arena theory. The Eurozone is expected to grow further integrated in the coming decades (maybe centuries) until, one day, it will become an institutionalized transfer union similar to what we have here in the United States. 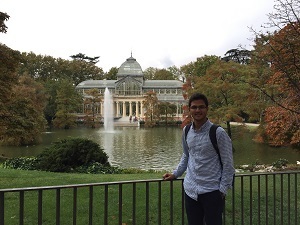 My research in Spain opened my eyes to the elegance and complexity of the European system. Though my research is still incomplete, I fully intend to further pursue additional grants and opportunities to continue my studies. I plan on spending my summer in the Netherlands, where I will make several side excursions to other central and peripheral European countries to continue my research on the identity issues of the Eurozone and European Union. Furthermore, following the December 20th Spanish elections, I will revisit my findings and see how the situation will play out according to my theories. This particular grant report hardly summarizes my many findings, and I am currently working with my advisor (Professor Joseph Buttigieg) to see how I can further pursue this topic and, perhaps, make a senior thesis out of it in two years time. I would just like to take a brief moment to thank the Nanovic Institute for European Studies for making this trip possible—it was vitally important for my academic development, and it has inspired me to engage in research in more depth during the remainder of my college years.