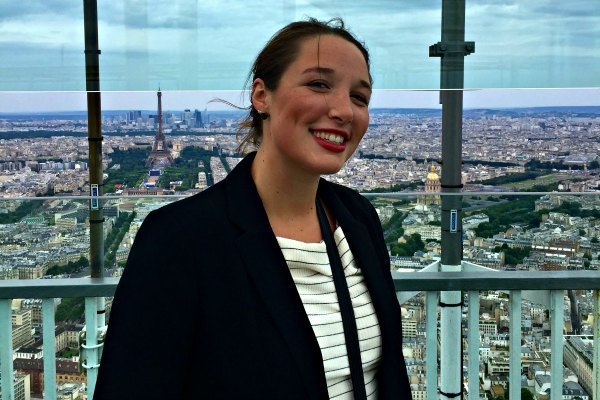 Only travelling across a major ocean could reveal the immense richness of France’s culture and history—as a Film and American Studies double major, Moira Hamilton (‘17) at times found herself narrowing her worldview to the happenings of the continental United States.  Her internship with Col. Peter Herrly’s Blue Line Films and time in Paris this past summer did everything and anything to change that. Moira recently wrote to us about her experience:

I’ve always been the kind of person who likes to have my life somewhat laid out for me—while a serial procrastinator day to day, when it comes to where I’ll be and what I’ll be doing in the long term, I’ve always thought ahead of schedule and liked the security and satisfaction of knowing what to look forward to.  So when I arrived to campus for my junior year last September—fresh off of a summer-long internship in Chicago—and Karen Heisler, resident FTT internship coordinator, told me about the Herrly Internship in Paris Grant, I jumped at the opportunity to apply.   At first wary that I’d be missing out on more traditional film and television industry internships in New York or LA, I hesitated to accept the generous grant that the Nanovic offered me upon acceptance.   I was in and out of Karen’s office more times than I can count that fall, constantly debating whether or not I should ship off across the Atlantic, to potentially have one of the most revelatory experiences of my life, or stay put in the States and get a PA job like I knew I was supposed to do as a young person trying to break into the industry.

Thank God Karen encouraged me to take the road less travelled.  Little did I know that my seven weeks in Europe would change my perspective on not only the film industry and my future career path, but also on the world at large.

I first met Col. Herrly in America, when he came to Notre Dame for a football weekend in October, as he does every year, to not only express his undying love for his alma mater’s team, but to also host his annual intern party.  As both a historian and artist, Col. Herrly began writing screenplays many years ago, and established Blue Line Films in the early 2000s.  It would be my job as Director of Marketing to do just that—market, and hopefully sell, one or both of Col. Herrly’s captivating feature-length World War I stories.  As an aspiring screenwriter and filmmaker myself, this was an incredible opportunity to have an insider’s perspective as to the roadblocks and avenues to greenlighting a script—or even getting that first foot in the proverbial door.

From the beginning, Col. Herrly made it clear that he wanted my internship to accomplish two things: to gain insight and access to the industry, to grasp how hard it is to break in, to understand the commitment and resilience required to succeed in film and screenwriting; and also to gain exposure to a new culture and way of life, to make the most of my time abroad, to see and do as much as my brief time there allowed.  And I can confidently say that my internship with Blue Line Films and seven weeks in Europe fulfilled both parameters. 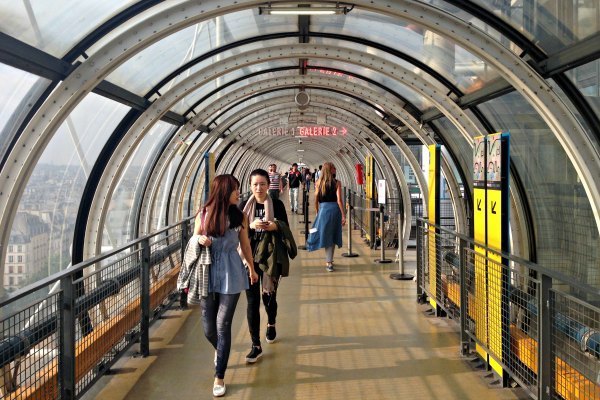 It’s probably essential to note that traveling to Paris was my first trip abroad, discounting one stint over the border to Niagara Falls, Canada.  And while I studied French in high school and the first semester of my freshman year at Notre Dame, by this past summer, my language skills were subpar at best, embarrassing at worst.   But I managed to navigate my way and successfully arrive to Saint-Cloud, the small suburb of Paris where I would work and live, my office (at Col. Herrly’s house) just down the street from Mme. Oberkampf’s house, where I rented a room.   I quickly became familiar with the public transit system of Paris, Saint-Cloud being a roughly 30-50 minute hike on the metro to most of the spots I hung around in the city.  During the day I sent emails and called old and new connections alike, capitalizing on the outreaches of former interns and trying to come up with creative ways to reach new potential buyers—directors, producers, distributors.  Learning about not only the Hollywood side of film but also of the Parisian and European venues excited me.  We made some exciting progress over the course of the summer, and I hope that I helped Col. Herrly further his projects down the long and harrowing road to production. 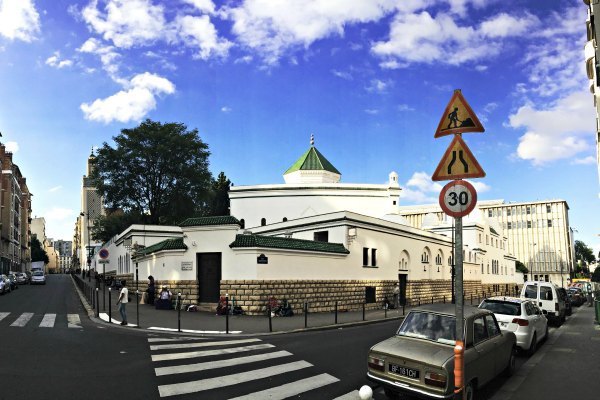 When out of office, I took Col. Herrly’s advice to heart.  By the end of the summer, I had gained access to the heart and soul of Paris.  From making friends with street musicians while overlooking the Paris skyline at the Sacre Coeur, to finding local hangouts on the River Seine, to seeing the work of the Impressionists up close and personal, to meeting people from around the world at the Eurocup Fanzone, to exploring the Grande Mosquée of Paris, to celebrating Bastille Day in Parisian fashion, I loved every facet of the city and fell in love the way I had always dreamed I would.  With Col. Herrly’s go-ahead, I even had the unbelievable experience of a long weekend in Berlin, and another one in Rome.  To say my mind was blown is an understatement.  I spent a lot of time exploring Paris and even travelling alone, and in doing so underwent a change I don’t think I could have experienced had I stayed in the States.  Trying (and often failing) to interact, and even make friends, with an enormous language barrier in the way truly tests character and resilience. 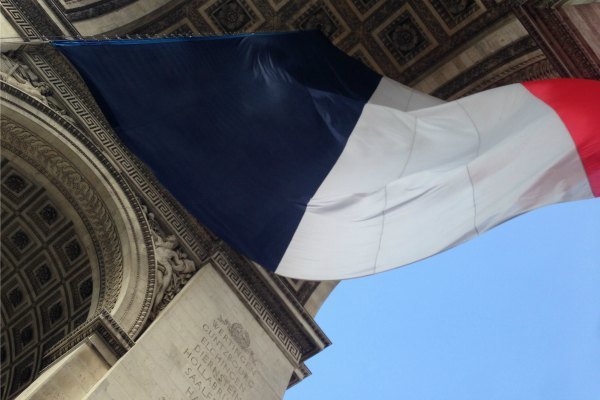 While I consider myself an open-minded and culturally aware individual, actually immersing myself in the language and culture of other nations has left a significant mark on me—even changing what I plan to do next year in “the real world.”  I left Paris with more than I ever could have imagined (and way more souvenirs than I thought humanly possible!).  Working with Col. Herrly was an incredible opportunity to expand my experiences in the film industry, but also to expand my ideas and interactions with people and cultures in corners of the world I had once only dreamed of visiting.  I will never be able to thank the Nanovic Institute enough for making this dream a reality.