Hannah Herbst ('17), a History major, received The Dr. Charles C. Price Memorial Fund for East-Central European Studies from the Nanovic Institute to conduct research in Germany on German aerial aces. The trip inspired her creativity. She recently wrote to us about her experience:

I am writing my senior honors thesis on the image and legacy of German aerial aces in the First World War, concentrating on three aces: Oswald Boelcke, Max Immelmann, and Manfred von Richthofen. I went to Germany with the intention to find out something more concrete about these men’s experiences, but I discovered this wasn’t so simple.

My primary interest was the interpretation of aerial aces’ experiences and celebrity, through their perspective as well as others. Thanks to new resources found in the archives I visited, I’ve had to modify and enrich my thesis. I am now analyzing how different circles of relationships constructed narratives around these pilots for their own benefit, specifically academic and (especially) popular historians, the various forms of the German state and its public, and family members of the aces. I then want to discuss the breakdown of memory and commodification of these aces’ legacies.

I have adapted my thesis not only because of new archival resources, but also because of the body of literature that exists. I believe that a large part of the material written about aces falls into popular war history, which obsessed over physical details of war technology, especially how the technology factored into the deaths of the pilots. I find this approach sensationalist in many respects, often referring to German soldiers and pilots as either heroes or villains. Many writers discount the role of German propaganda and censorship in memoirs, as well as the emotional and financial needs of witness or family testifiers, and therefore create a narrative that, I find, is overly simplistic. I am attempting a critical examination of the sources many have taken at face value, such as family testimonials. I am hoping to construct a more nuanced and, in this way, compassionate narrative around the experiences of German aerial aces and their families.

I went to the Freiburg Military Archives and the Berlin German Foreign Office Political Archive. The more important aspects of my research occurred in Freiburg, which I expected. Four of my best documents come from Freiburg, which all relate to Manfred von Richthofen’s death. These pieces were either typed or printed in Fraktur. There is a lot of discussion of memory in a variety of different ways, including Richthofen’s mother’s “anniversary” testimony, reburial arrangements (he was originally buried in France), as well as the formation of a flying club in his honor. 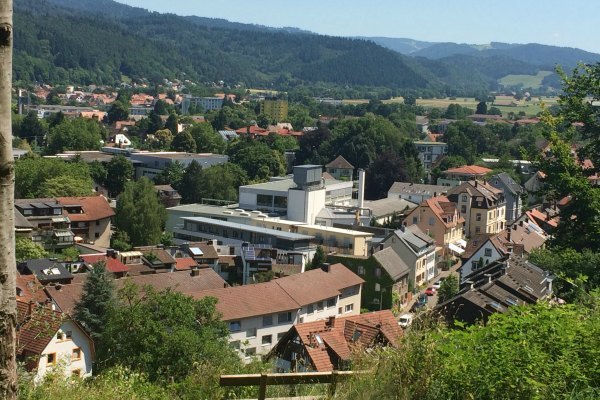 There was a bulk of materials in Berlin relating to propaganda and routine censorship. Most of the material was either typed or written in German cursive, which I can read very well. Some of my stronger pieces are pamphlets from the Feldpost, which were addressed directly to soldiers. I am also working with a large booklet celebrating Easter 1916, which praises acts of martyrdom in the context of the war.  I’m going to use the propaganda that I found as examples of the German positive propaganda strategy. I’m using my Berlin resources to go for the wider, national aspects of my thesis.

I want to write a war narrative that is human-focused, rather than state- or technology-focused. As I stated previously, I find a lot of the literature around this topic deficient in certain regards. I do not think that the literature and media that I have examined properly discuss the emotional and financial aspects behind the past and present narratives around German aerial aces. I want to be critical, but also fair in my analysis of family testimonials, in particular. In order to do this, I am going to write about the role of grief and Prussian culture in their claims. I am not interested in creating a hero or villain narrative with either aerial aces or their families. Instead of writing a war history about soldiers, I am writing a cultural history about soldiers. While discussions like this have occurred, I find them lacking in this area of the First World War. I hope I can contribute to the dialogue in some way with this thesis.

Without the Nanovic Grant, I would not have been able to gain access to amazing primary and secondary sources. These documents have expanded my understanding of my subject, and are now the central sources of my thesis. I had never been to an archive before this, and the experience has greatly informed me. I am much more conscientious about my subject matter and I’m aware of the culture of the environments that store my sources. I am now familiar with the expectations of the environment as well as the limitations of the archive finding aids. Because of this, I feel much more confident in my own methodology.