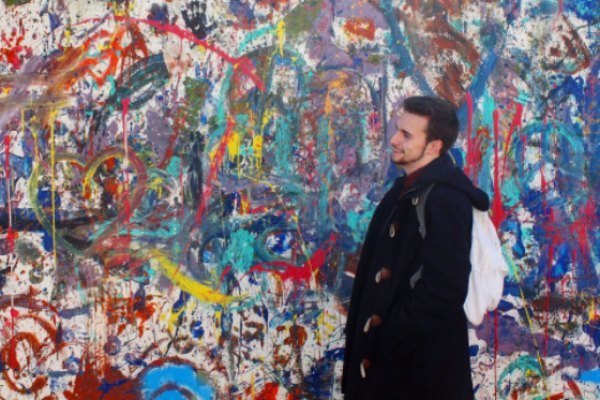 It is not a question whether individuals impacted by flight and migration can be of benefit to Germany, but whether Germany successfully facilitates them to be. Francesco Tassi (’18), a double-major in International Economics and Peace Studies, received a Break Travel and Research Grant for Sophomores and Juniors to travel to Germany to investigate Bavaria’s regional government registration and allocation centers, labor agencies and work-study programs, shelters, and grassroots integration programs for asylum seekers. Francesco recently wrote to us about his experience:

The world watches Germany as it keeps its doors open to asylum seekers from all over the globe. The entire platform of Angela Merkel’s government, and the future of the world’s fourth largest economy, lie in the palms of countless individuals fleeing some of the world’s most oppressive regimes, not to mention bleak economic conditions. Can Germany’s economic interests coincide with its asylum seekers’? Is Germany truly capable of integration? Which hurdles stand in its way? How can they be overcome?

Many individuals are divided on Germany’s motive for its open door policy, not to mention the impact of accepting asylum seekers. Interviewing Anton Knapp, Eichstätt’s regional president, I learned the quaint Bavarian town I was living in had an unemployment rate of 1.1% last year—highlighting the unsustainable labor-glut most of Northern Europe is experiencing. Without an influx of young workers, Germany’s pension system will soon be unable to support itself. Therefore, in some parts of the world, humanitarianism and economic interests suitably converge. However, as Sociology professor Dr. Joost Van Loon of Katholische Universität Eichstätt-Ingolstadt (KU) states, interest is not exclusively defined by self-interest. The economic wellbeing of Germany, given successful integration of refugees, would at its very core coincide with the economic and security based interests of individuals seeking asylum within its borders.

Labor is a foundational pillar of integration. Upon interviewing Jürgen Croce, Eichstätt’s Jobcenter director, I learned that currently around one hundred refugees who have gained asylum in the region are being assisted in the job-seeking process. Visiting Eichstätt’s Berufsschule (vocational school) I spoke to asylum seekers studying German and social integration classes, learning to become blacksmiths and metal workers—taking advantage of the school’s impressive facilities. Interviewing Dr. Duennwald of the Bavarian Refugee Council, I learned of the role of private individuals such as Georg Straße, who on a grassroots level employed 85 asylum seekers out of a pool of 140 through personal business contacts. Interviewing Dr. Danzer, KU’s Economics professor, I confirmed the similarity of Germany’s future labor market to that of Denmark’s in the 1990s (post refugee intake) and realized the emphasis of proper integration and educational structure, in order to critically allow for second generation asylum seekers to move out of the low wage/skill market of their parents, balancing Germany’s labor market dynamics in the long run—allowing for upward mobility.

Professor Danzer’s research on ethnic enclaves’ impediment to immigrant integration, coupled with my visit to Neuberg’s ghetto, proved my initial thesis of human stagnation through the creation of ethnic enclaves as a direct hurdle to socio-economic integration of asylum seekers in Germany. Upon interviewing staff, I learned that some families had never left the camp in twenty years. Suicides have occurred, drug abuse is commonplace, and the un-serviced stoves in asylum seekers’ homes have burnt children. Yet Sankt Johannes, a non-profit NGO, set up container housing and staff to work with and support all the youth asylum seekers living in the camp. In fact, new socio-economic ghettos are rare, given regional government’s allocation policies distributed through an effective quota system, designed to avoid such concentration of native enclaves. Both Eichstätt and Ingolstadt have their percentage quotas evenly distributed, with asylum seekers living in wards, neatly planned container housing located close to the village center, or subsidized apartment housing. Through an interview with Christian Ganzer, member of Bellevue di Monaco’s founding staff, coupled with a visit to their first complex-project in Munich, the role of grassroots in housing allocation became apparent. The group has individualized approximately 10,000 derelict apartment complexes in Munich that could be refurbished to house refugees at a lower cost to Munich’s government, and inside the city center—a catalyst to integration—in accompaniment to social events inside the complex’s backyard. In fact, in the words of Dr. Groos, head of KU’s International Department, “Government structures alone are never good enough.” Interviewing and befriending KU’s university founders of tun.starthilfe, a social grassroots initiative working to teach German and integration classes to Eichstätt’s asylum seekers, as well as organizing cultural festivals (with attendance in the thousands) to connect natives and refugees, I was amazed at their impact. Interviewing Dory, a Syrian refugee who was able to become a teacher for asylum seekers because tun.starthilfe reached out to him, and Paul, a Nigerian refugee studying engineering at KU, both fluent in English and German thanks to the organization, left an impression.

Tun.starthilfe, Caritas, Sankt Johannes, Bellevue, Georg Straße and countless others are the unrecognized but critical foundations to Germany’s successful long-term integration of asylum seekers. Thanks to this research, I was able to realize that grassroots initiatives and NGOs are the support pillars to Germany’s overwhelmed, albeit efficient government structures, to powerfully counteract socio-economic ghettos, provide integral human connection, and prove that asylum seekers can be incredibly beneficial, through integration. Amidst coverage on one of the worst humanitarian crises in the world, where are the headlines that speak of the countless lives impacted and integrated by the common goals of such grassroots, allowing asylum seekers to find home on a human level?

This experience has inspired me to work on a partnership through a website crowd-funding project and online community between Notre Dame and KU for German grassroots dealing with integration, as well as plan to research different grassroots integrations in Belgium, Holland and Norway this summer. Furthermore, I’m now working to restart Notre Dame’s refugeesND initiative, and attending KU’s flight of migration conference next spring.