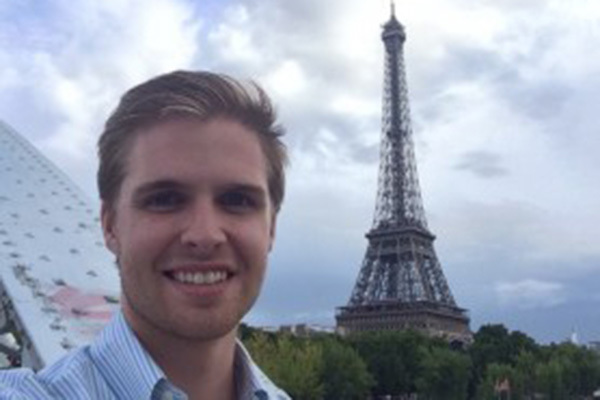 Here at the Nanovic Institute, we tend to think of our student grant programs as the means through which we enrich the academic and professional lives of students. While they certainly do that, we increasingly have been hearing from students who genuinely want to enrich the lives of others. This is certainly the case of Connor Moran ('15), a student in the School of Architecture. He received a Senior Travel and Research Grant to travel to Paris over winter break. The grant and his trip definitely aided in his development as an architect. But more impressively, Connor now more fully sees the connections between architecture and culture, between his work and the social implications of urban planning. Read about it in his own words!

The topic of high-rise development within the city limits of Paris is a highly controversial issue that highlights a difference in priority between the government and citizens of the city. While it is common knowledge that there is a lack of affordable housing in Paris, the politicians are lobbying for more ‘modern’ office space that will draw headquarters of international businesses back to the city. The goal of these authorities is to transform Paris from what it is and has been for centuries into a modern hub of commerce much like New York City or London. The primary issue with these projects is that they are ignoring the city’s need for housing and adding office space to the millions of square feet of unoccupied office space that already exists.

My experience in the city confirmed that while not all Parisians are against the towers, theyare against their proposed functions. The society that has asked me to create an architectural counterproposal to one of these projects, S.O.S. Paris, supplied me with data from surveys they have taken regarding this topic and that back up this statement. Their goal is more to maintain the traditional character of Paris and fight high-rise development on the basis of preservation. This evidence helps to formulate a case against the government and ‘starchitects’ who are lobbying for the creation of the towers. S.O.S. Paris has been very successful in combating cases regarding the modernization of Paris and has been able to halt projects such as SANAA’s new Samaritaine department store in the 1st arrondissement of the city in court.

I spent most of my time sketching, photographing, and studying traditional Parisian streets and mixed-use buildings. These studies will ultimately guide my hand in creating a new urban proposal on the site of one of the high-rise projects that has yet to be started. The orthographic drawings and renderings I create will reflect what I learned from analyzing existing and exemplary conditions within the city and will respect the pre-existing fabric of the site I have chosen. I am planning to address the need for affordable housing and integrating it with friendly and lively commercial streetscapes. This will ultimately result in a block that has appropriate urban scale and emanates the character of Paris’s most iconic neighborhoods.

The outcome of my study is ultimately to be determined by how the Parisian public receive my thesis project. I will be following in the footsteps of traditional architects such as Quinlan Terry in London and Leon Krier in Luxembourg who have successfully crafted arguments against the modernization of such iconic traditional European cities. S.O.S. Paris hopes to use my project as a visual tool that will inspire more to argue against the corruption of traditional Paris and ultimately aid in the creation of preservation laws that prevent future disregard for the city’s historical and artistic development. The project will represent my personal beliefs on the topic of architecture and urban development and the culmination of my experience gained studying here and abroad through Notre Dame.