As the Barrett Family Endowment awardee for top undergraduate grant proposal, Adam ('19, Economics and English) received funding to conduct research this summer in Reykjavik, Iceland. He is interested in learning more about how the financial recession of 2008 and the strengthening of financial regulation that came after, may or may not have affected the public's feelings about financial risk. To accomplish this, his plan is to administer 600 electronic surveys to Icelandic citizens he comes across in coffee shops, libraries, and buses. Adam recently shared some photos of his time thus far. 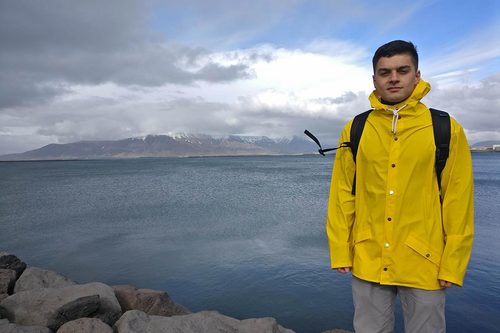 I'm standing on the northern edge of Reykjavík cloaked in my favorite waterproof rain-jacket (a must-have for a rainy beginning to the Icelandic summer). Behind me looms the breathtaking Esja volcanic mountain range, which is composed of basalt and tuff. 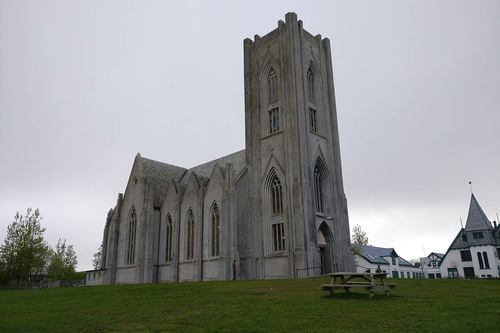 Christ the King Cathedral was also designed by state architect Guðjón Samúelsson and sanctified on July 23, 1929. The neo-gothic church stands near the only Catholic school in Iceland. 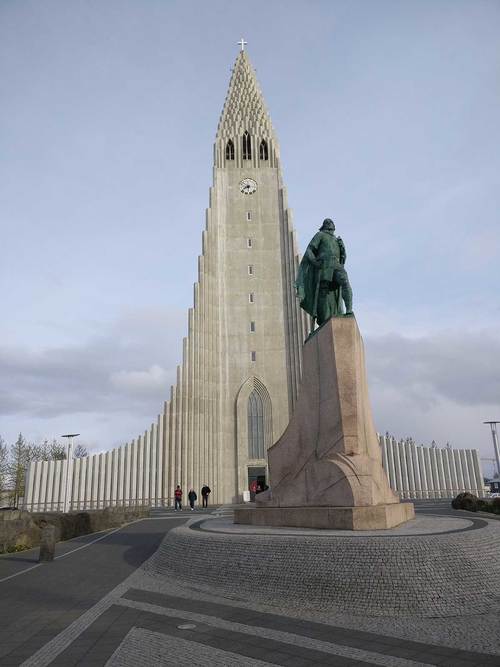 Hallgrímskirkja is the largest and most recognizable church in Iceland. It was designed in 1937 by state architect Guðjón Samúelsson, and the Lutheran edifice took 41 (1945-1986) years to construct. In front, there is a statute of Leif Erikson clutching a cross in one hand and an axe in the other. 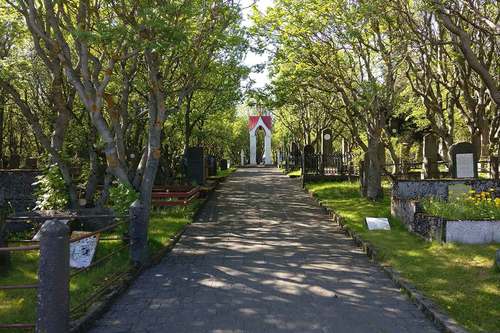 Hólavallagarður is Iceland's largest 19th-century cemetery. I spent many hours here to take notes, reflect quietly, and observe ceremonies on national holidays. June 17 marks Icelandic National Day, a time when Icelanders visit Hólavallagarður to pay respects to the grave of Jón Sigurðsson, a leader of the 19th-century Icelandic independence movement.