Anthony Monta has accepted a faculty position in the Department of English at Holy Cross College. Monta began working at the Institute in 2007. For twelve years, he has been involved in nearly every area of Institute activity, designing, coordinating, evaluating, writing, speaking, and liaising to promote and serve the Institute's growth and development.

"It is with sadness that we see Anthony go," Jane Heiden, Chair of the Nanovic Institute Advisory Board, remarked. "Anthony has played an important role in the twelve years that he has been at the Nanovic Institute. From his thoughtful consideration for our many events and speakers to his creativity in growing the Nanovic Institute Film Series, Anthony was always a champion for students, encouraging and nurturing their natural desire for deeper learning in a contemporary European setting. He will be greatly missed."

Prior to his work at the Institute, Monta served to coordinate academic affairs for all postsecondary education at the Louisiana Louisiana State Board of Regents. There his role was to organize academic program reviews across all disciplines, present recommendations to the Board, design and create an online database for official university reporting, and assist in the creation of a statewide general education course articulation matrix to promote student mobility between institutions.

A graduate of Allegheny College in Pennsylvania, Monta pursued an M.A. and Ph.D. in English at the University of Wisconsin-Madison before teaching at Louisiana State University. 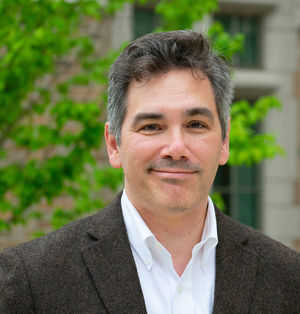 Looking back on his years at Nanovic, Monta feels gratified. “We went from a little institute tucked away in a far corner of campus to a much larger community with a central position in Nanovic Hall. We gave thousands of independent and adventurous students a wide variety of life-changing opportunities to learn in Europe. We gathered and supported faculty from across the disciplines, gave them a place where they all could feel at home, and helped our faculty colleagues in eastern Europe to rebuild Catholic higher education in the former Soviet Union. All told, that's not a shabby record," Monta said, "and being in the middle of it all has been a rare and rewarding experience for which I’ll always be grateful.”

Monica Caro, who has been with the Nanovic Institute for over a decade, expressed gratitude for Monta's service and collegiality.

"Anthony has been an exceptional colleague, who approached his work with thoughtfulness and creativity and contributed to the flourishing of the Institute," Caro said. "I am confident that his future students and the Holy Cross academic community will be enriched by his commitment to mission and engagement."

Although he will be leaving Notre Dame, Monta would like to remind friends and colleagues that he will be working just across the street. His last day at the Nanovic Institute will be June 30, 2019. 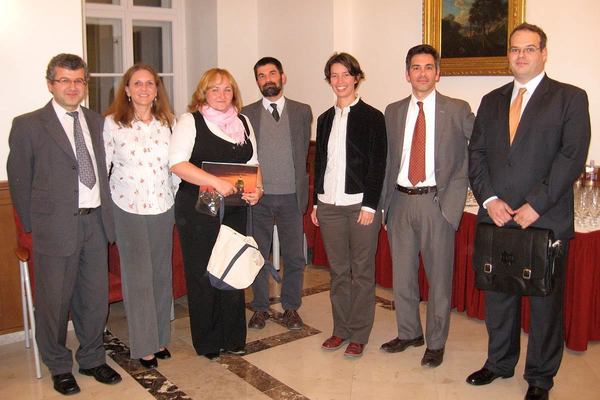 William Collins Donahue, Director of the Nanovic Institute for European Studies and John J. Cavanaugh C.S.C. Professor of the Humanities, stated, "We wish Anthony the very best as he assumes his new position at Holy Cross College. His absence at the Nanovic will be felt acutely. His work has been central to our mission: having run our grants programs, numerous symposia, and the European film series—to name just a few of his many responsibilities as the Institute's Associate Director—he has been been a treasured member of our team and at the very center of our work with students and faculty. Our only consolation upon his departure is that his new position will keep him in close proximity. We are already hoping that we can lure him back now and again to introduce a great film at the DeBartolo Performing Arts Center, and to raise a glass of sherry with us at one of our post-lecture receptions. We congratulate him on this move, but will miss the great kindness, warmth, and sense of humor he brings to the Institute every day."