Nanovic Fellows are members of the Notre Dame faculty whose expertise and areas of study align with the research themes and priorities of the Nanovic Institute.  With now more than 170 members across campus, the Institute welcomes the following new fellows. 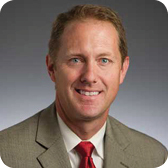 In terms of my personal interests, I have spent my entire professional career focusing on issues relating to international law. My particular expertise is international dispute resolution, particularly in the context of international courts and tribunals. I have also been working on a major book project entitled The Nobel Effect: The Power of the Nobel Peace Prize. I am greatly interested in strengthening the relationship between Nanovic and London. There are a whole variety of ways we can work together to promote faculty and student research and teaching. 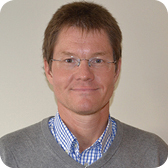 My field of expertise is Byzantine history and the Eastern Mediterranean in the Middle Ages. My research focus lies on Byzantine diplomacy as well as political and cultural relations between Byzantium, Islam, and the crusader states. My most recent book project is a monograph on Byzantium and the emergence of Muslim-Turkish Anatolia in the eleventh and twelfth centuries. As a result, my interest in European studies is closely related to aspects of identity formation, cultural exchange, and Christian-Muslim dialogue in Southeast Europe and the Mediterranean world. 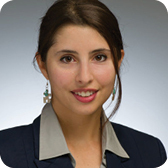 My research centers on the intersections of popular culture and international relations, with focus on post-WWI Turkey. My second book project, tentatively titled Funny Scary Islam: Religion and Politics in the Transnational Vernacular, expands the focus of the first chapter in my last book on folk humor. This second book will examine the popular pushback against Turkey's French-style secularism by analyzing humor and conspiracy theories around political Islam, with specific focus on the concept of 'moderate Islam.' I believe Turkey presents a vital opportunity for exploring 'the evolving ideas, cultures, beliefs, and institutions that shape Europe today,' including where we draw the ideological limits of Europeanness. 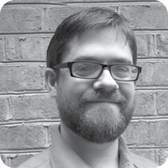 A large component of my teaching and research concerns European figures such as Tocqueville, Pascal, Kierkegaard, Dostoevsky, Nietzsche, and Arendt. I also teach classical authors such as Plato, Aristotle, Thucydides, and Augustine with some frequency. My modern political philosophy course is focused on the relationship between conceptions of freedom and justice on the one hand, and historical revolutions — such as the English, French, and Russian revolutions — on the other, treating these revolutions as the messy and imperfect background to these idealized theories. 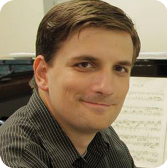 My research intersects with European arts and culture in many meaningful ways. I am particularly interested in the works of living European composers, such as Hans Abrahamsen, Stefano Gervasoni, Per Nørgard, György Kurtag, and many others. In addition, I am interested in the recent innovations of the twentieth-century European avant-garde and its exponents. My work in composition is partly a response to the innovations of my contemporaries and predecessors and the enduring legacy of European classical music. I often work with European artists and ensembles and hope to bring them to present works of European and American composers side by side, building connections and facilitating further scholarly and artistic exchange. 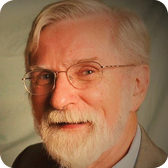 My research has focused for many years on the thought of Karol Wojtyla/John Paul II, which has led inevitably to my efforts to understand the history of his native Poland, its culture and its language. Since 2008, I have visited Poland seven times to present lectures and participate in conferences there. In 2011, I lived, taught, and conducted research in Kraków on a Fulbright fellowship and continued to work in Polish and Spanish on scholarly studies of his thought. I am now engaged in a study of Václav Havel, Alexander Solzhenitsyn, and thinkers associated with Solidarnosc in Poland, seeking to understand how central Europeans confronted the challenges of Marxist-inspired materialism. 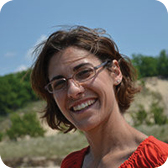 I work on contemporary art (1960-today) in an international context, with a heavy emphasis on connections between Britain and the US. In particular, in my recent work I concentration on installation art and other non-traditional formats produced in the 1990s and 200s with a frequent focus on British artists. In doing so, I have begun to build bridges with institutes and museums in England. I am now working on the Scottish artist, Karla Black, a contemporary sculptor. I think that there is a direct way in which artists from Glasgow, Scotland, have operated to counter and undo the dominant modes of British art emerging from London that really became international modes at the turn of the millennium. I plan to pursue more research on this topic in spring 2018, when I will be teaching in the London Global Gateway. 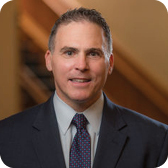 My academic area of specialization is in nineteenth and twentieth-century philosophies of ethics and politics. I am currently working on a project related to my dissertation which traces neo-Kantian influences on the thinking of Nietzsche, especially related to his epistemological and evaluative claims. My administrative roles at Notre Dame, which have included Assistant Provost for Europe and Academic Director of the London Global Gateway, give me a unique perspective as to the strategic goals and activities of the Nanovic Institute. Now, as Associate Vice President and Assistant Provost for Internationalization, I have additional avenues to contribute to Nanovic's mission.