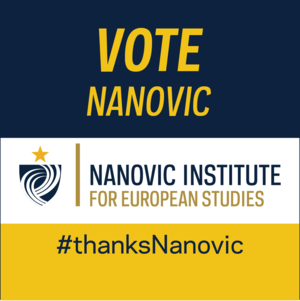 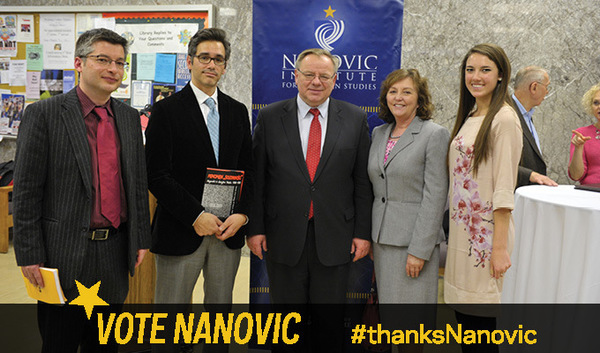 During my first year at Notre Dame, I introduced and helped organize the idea to bring the Phenomenon of Solidarity exhibit to my university. The exhibit came from Poland's Institute of National Remembrance (IPN) and was in honor of the 30th Anniversary of the establishment of the opposition movement.

The reception for the exhibit was done thanks to the help of the Nanovic Institute for European Studies. The event was held at the Hesburgh Library, where special guests included friends and family from Chicago and Minneapolis, the president and vice president of the PRCUA, and even the Polish Consul General from Chicago. The speakers at the event were James McAdams (director of Nanovic), Julia Banasikowski (Polish Club officer), Prof. Mikołaj Kunicki (history professor from Notre Dame), and Zygmunt Matynia (the Polish consulate general from Chicago).

Julia’s interest in Poland did not stop there.  She also received Nanovic research funding to pursue interviews in Warsaw, Poland. Her research on Poland soon became a senior capstone project and received the J. Robert Wegs Prize for Best Minor in European Studies Capstone Essay.  #thanksNanovic 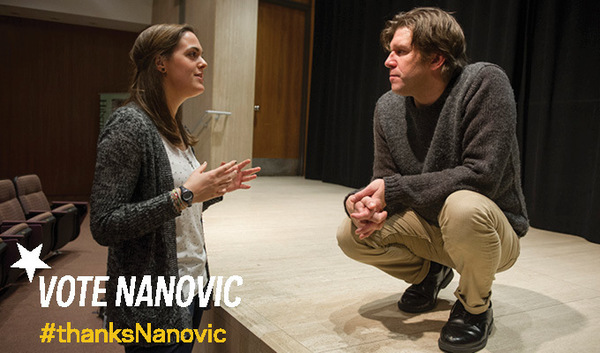 The Nanovic Institute has transformed my college experience by giving me the opportunity to pursue what I am passionate about outside of a classroom setting. Through their generosity, I have been able to research and work in Romanian orphanages, as well as learn the Romanian language. During the school year, my academic pursuit has been enhanced through their panels, lectures, and film showings—the Nanovic Institute has fostered a community in which I feel empowered to investigate difficult issues facing the world as well as myself. I cannot imagine my past four years at Notre Dame without the Nanovic Institute.  #thanksNanovic

Read her reflection on faith.nd.edu 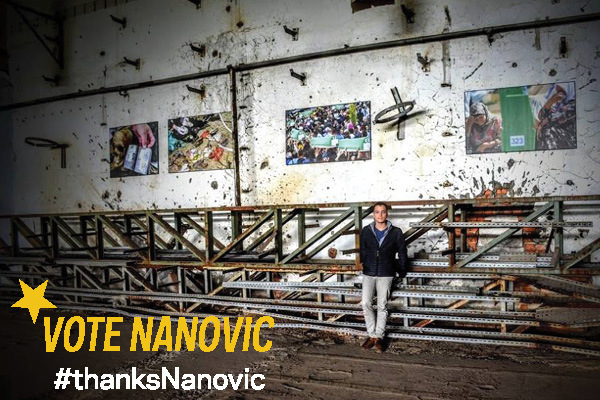 The Nanovic Institute not only offered me the resources to pursue this independent research on humanitarian policy during the Bosnian War, but also the encouragement that gave me the confidence to engage professional scholarship. Without that encouragement, I would not be exploring careers that seek the transformation of human concerns such as war and genocide.  #thanksNanovic 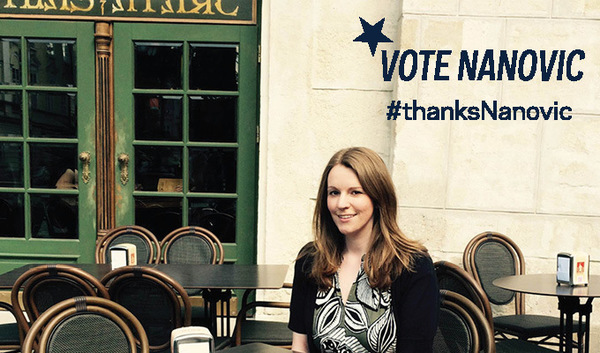 The Nanovic Institute sent me to Ukraine twice on research and travel grants when I was an ND undergrad and also funded my studies at the Harvard Ukrainian Summer Institute. These experiences opened a lot of doors for me and still have a big impact on my life, even years later. #thanksNanovic 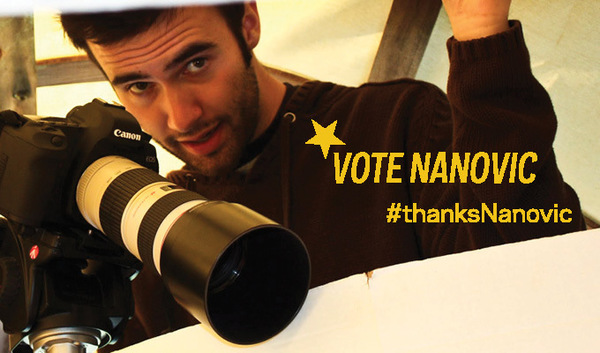 I first approached the Nanovic Institute because I couldn’t find an English-language textbook on Basque Cinema. After two amazing summers of research in the Basque Country of Northern Spain, generously funded by the Nanovic Institute, I had the knowledge and connections to produce my first feature film, Zuretzako. Not only has it played in festivals across Europe, but it was recently written about in the first English-language textbook on Basque Cinema!  #thanksNanovic

Read his reflection on faith.nd.edu