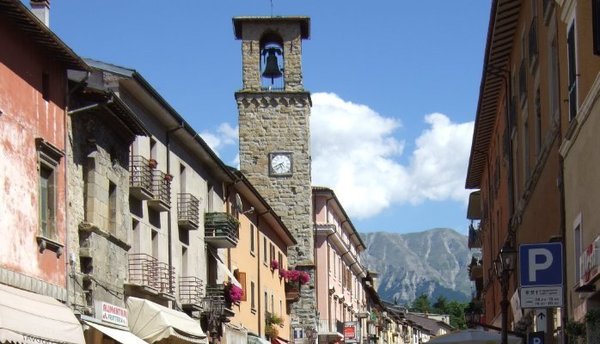 The Nanovic Institute is following the earthquake in central Italy with prayers and great sympathy for all those affected by it. Nanovic fellow David Mayernik (Architecture) has responded to those who have denigrated the traditional architecture of the region, which has been so devastated:

The tragic earthquake which struck the center of Italy in the early morning of 24 August 2016 resulted in devastating loss of life, mostly under collapsed buildings, in particular in the town of Amatrice. The quake was centered roughly 10km from Norcia in Umbria, an important town for a variety of reasons, from being the home of Saints Benedict and Scholastica to the center of production of refined salumi.

Much has been recently made (like this New York Times article), and will no doubt continue to be made, about the need to prevent these tragedies in the future. But the premise that somehow Italy’s venerable buildings and urban fabric are inherently fragile is, at best, an exaggeration, and at worst a pretense for some to advocate for their eradication.

If there is anything that the remarkable quality of the built fabric of Italy attests to, it is its durability. The great cities and towns of Italy have withstood wars, earthquakes, mismanagement and mass tourism, remaining compelling testaments to human achievement. It is true that masonry buildings often (but not always) need modern reinforcing to resist seismic loads. But it is also true that their traditional masonry construction has made them uniquely durable in the long term, if sometimes vulnerable to cataclysmic short term events. Almost the precise opposite is true of modern construction; while tensile members have made modern buildings resistant to seismic forces, it has also contributed to their relatively short lifespans due to the corrosion of steel and the ephemeral nature of membranes and expansion joints. It is, of course, not a zero-sum game. One can build for both the long term and short-term events.

It is telling that, with all of the media coverage of Norcia’s earthquake, there is little or no international attention being paid to Norcia itself. No doubt it is because there is nothing much to report. Norcia, the virtual epicenter of the quake, sustained no deaths and remarkably little damage to its rich architectural fabric. As a headline in La Repubblica recently expressed, “Norcia, The Earthquake Was Scary but Didn’t Kill: “The Reconstruction Saved Us.”

Norcia, relatively prosperous, undertook a program of reinforcement of its historic fabric after an earthquake of 1979. Amatrice, certainly, would have benefited from that effort.

But it is remarkable to note that, of the few buildings to have survived in Amatrice, the bell tower or campanile stands solemnly above the ruins. One would hope that, in the aftermath of this devastation, the authorities in Amatrice and elsewhere will look objectively at what did in fact survive, analyze why, and work to rebuild prudently for both the long and short term.

There are those who would, instead, want to add insult to injury by demonizing Italy’s remarkable legacy of humane and beautiful buildings. It’s not a choice between people and buildings, but between durability and the zeitgeist.