In the story of religious liberty in France, Ernest Renan (1823-1892) holds an influential and complicated place.

Educated in Catholic seminaries, steeped in both philosophy and philology, Renan left the Church in 1845, believing it was incompatible with the findings of historical criticism. In the wider culture, the intellectual position of the Church in France came under increasing pressure. Accompanied by anti-clerical impulses, the political revolution in 1848 ended the constitutional monarchy of Louis Philippe I. Secularism once again gained ground.

Published during simmering post-revolutionary tensions, Renan's Vie de Jésus (1863) brought the author both influence and notoriety. Referring to Jesus as "an incomparable man," a phrase in which some readers heard implicit atheism, Renan also advanced the unusual view that Jesus, the Jewish man, became an Aryan. For this book Renan was denounced by the Church and suspended from the Collège de France. His suspension lasted until 1871, when he was reappointed for the remainder of his life. Late in his career, Renan wrote a memoir which became quite popular: Souvenirs d'Enfance et de Jeunesse (1883), in which he described himself as a failed priest (prêtre manqué) and a hedging beneficiary of Pascal's famous wager.

Is the reception of these two works just another tale of a dissident French thinker running afoul of Church authorities?

Thomas Kselman, Professor of History and a Nanovic fellow, spent part of this summer examining the evidence: 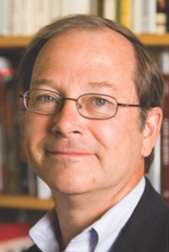 I spent three weeks in Paris, with most of my time in the archives of the Musée de la Vie Romantique, where I worked on a dossier of about ninety (90) letters sent to Renan by members of the clergy. The largest and most interesting group of letters express varying degrees of sympathy with Renan's views on scripture, the life of Jesus, and the church hierarchy. Given the limited nature of the dossier, I will be appropriately modest in my conclusion, but I will suggest nonetheless that the letters indicate a more open-minded and tolerant clerical response to modern critical methods and considerable anxiety over the inability of church leaders to deal fairly with dissent.

Based on his research, Kselman will be delivering a paper in October at a conference in Paris in honor of Prof. Claude Langlois, Chair of Sciences Religieuses at the prestigious École pratique des hautes études. The proceedings will be published.

Kselman's research on Renan is part of a larger book project, supported in part by the Nanovic Institute, entitled Conscience and Conversion: Religious Liberty in Post-Revolutionary France, forthcoming from Yale University Press in 2017.