A fatherless and nationless maverick adopted by the Parisian art world, advocate of Cubism and the Surrealist movement, the poet Guillaume Apollinaire has retained his relevance to our times. The approaching centenary of his death has provoked a renewed interest in his work, such as the recent exposition at the Musée d'Orsay, "Le Regard du Poète."  Mary Aloia, a masters candidate in the department of Romance Languages, received a Graduate Summer Travel and Research Grant to travel to Paris to delve into this enigmatic character. She recently wrote to us about her research:

The trajectory of Guillaume Apollinaire from an unknown and socially marginal immigrant to one of France's most cherished poets is astounding. His metamorphosis has fascinated me both as a master's student and as an American, in a country defined by a melding of a multitude of national identities. Apollinaire's transformation was linked to and accomplished through his writing, which received a particular coloring due to his enlistment during World War I. My curiosity was piqued by this mélange of violence and literature, by Mars as a muse to the Muses, as well as by an identity created and considered an aesthetic event in itself. This research project is the result of my investigation into how these elements of war and identity intersect in the life of a poet eventually consumed by the maelstrom that gave him an adoptive nationality.

Among the authors that served as guideposts in my research were Anne Clancier and Annette Becker. In her work, Guillaume Apollinaire: Les incertitudes de l’identité, Clancier brings her background as a psychologist to Apollinaire's story, emphasizing the myth-based and oedipal aspects of his quest for identity in the absence of his presupposed father. She implies that this quest, expressed in a "pulsion to find, equal, go further than his father" had a role in his war injury and eventual death. Although a psychoanalytic viewpoint such as Clancier's has plausibility, other scholars such as Annette Beck point towards a primordial search for a national identity as a more central element of Apollinaire's quest, couching her writing in a more historical light. Over the course of my research, the emphasis kept returning to Becker's line of thought, which I endeavored to extend further, particularly since Apollinaire's efforts to obtain an officer's commission in World War I were linked to an accelerated path to naturalization. 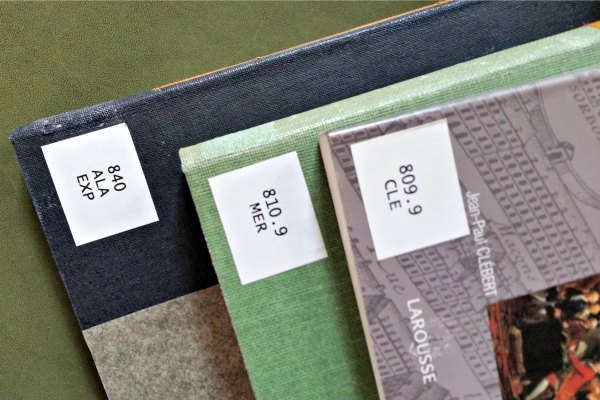 My daily workload of research alternated between the collections at the Bibliothèque Historique de la Ville de Paris (BHVP) and the Manuscript Department of the Bibiothèque Nationale de France at the Richelieu location. Actually, the timing of my research was fortuitous, since the Richelieu location will be soon under renovation and inaccessible to the public for an extended period.

There were two catalysts in the evolution of my project: the visual aspects of Apollinaire's identity presented through the artistic works of his friends, and the interior expression of that same identity by Apollinaire himself. The first took place when I visited the exposition on Apollinaire at the Musée d'Orsay (Orangerie), emphasizing the formation and reflection of identity from the exterior; the second occurred while researching the connection between Pierre Reverdy and Apollinaire in the development of Surrealist artistic theory, orienting towards an identity expressed from within.

The Guillaume Apollinaire exposition, Le Regard du Poète, was a highlight of my time in Paris. The sheer number of unpublished documents on display was astounding, and a specialist working on the exposition was pivotal in identifying the pieces close to the question of identity. (I subsequently requested the detailed and scholarly catalogue be added to the Hesburgh library collections.)

In the course of my research, a name that kept recurring was that of Pierre Reverdy. I found that his short-lived artistic publication, Nord-Sud, delivered a powerful coup de main to the nascent Surrealist movement that was searching for its theoretical foundations and boundaries. He selflessly hailed Apollinaire as a genius of the movement. His close friendship with Apollinaire gave him a particular insight in verbalizing the tenants of Surrealism, all the while managing to publish during wartime. I discovered that the library of Sablé-sur-Sarthe houses a complete and unique edition of Nord-Sud, with abundant unpublished annotations by Reverdy himself. Thanks to my economies, I was able to consult this collection in person. This Apollinaire-Reverdy connection proved very fruitful, pointing me further towards the visual side of this research project.

Among the extensive documents that I was able to consult and/or reproduce, two were particularly relevant to this project and insufficiently incorporated into the existing research on the subject of Apollinaire's identity. The first was a mysterious photo at the end of one of the folios, representing Apollinaire in the trenches in silhouette, surrounded by shells and ammunition on shelves, which he is consulting as if they were books in a library. The second is the short work entitled Du coton dans les oreilles, which was written in an artillery notebook using a mix of calligramme style and free verse. Both of these documents demonstrate a unique combination of literature and litigation, words and war; they illustrate the unique form of Apollinaire's identity, forged in both fires. I find these underrepresented visual and literary elements are solid bases for expanding the scholarly conversation on the identity formation of one of France's premier poets.

Although I had my first short experience researching in Paris during spring break, this research trip (which included a conference presentation in Genoa) brought a significant depth to my professional development. To tackle a larger research project increased my continuity in objective and flexibility based on my findings, as well as stamina in navigating the restrictions of French copyright law (in addition to the vagaries of national strikes which caused delays in public transport and library services!). Besides the joy of discovery (handling so many of Apollinaire's manuscripts was breathtaking), working in such beautiful surroundings - the reading room of the BHVP, the Oval Room and the Manuscript Room at the Richelieu site – was a privilege I do not take lightly. Some special moments stand out: at the BHVP, the customary silence was occasionally broken with sounds as varied as a lone violinist serenading from the adjoining street, to the prolonged shouts over the loudspeakers of passionate protesters.  I recall looking around me more than once and being so glad to be among the mental hum of all the researchers around me. I extend my gratitude to the entire Nanovic Institute team for believing in this research project and for making this dream possible. I am both energized and motivated to pursue this line of research under the guidance of my graduate advisor as I prepare my findings to share with a wider public.