When we travel abroad, it's often the case that our loved ones wait anxiously to hear stories from far-away lands and the details of our experiences with new people. As we work closely with students to develop their travel grant and research proposals, we too become part of that family anxious to learn about their new experiences and the path their intellectual pursuits have taken them on.

The Institute receives many reports from our undergraduate grant recipients over the course of the year that recount their travels. One such report was from Christian Dennis, a Notre Dame junior studying civil engineering, who was able to take away from his Nanovic travel grant not just invaluable experiences that have enhanced his academic and professional development but also experiences that helped him to understand his ancestry and cultural identity. 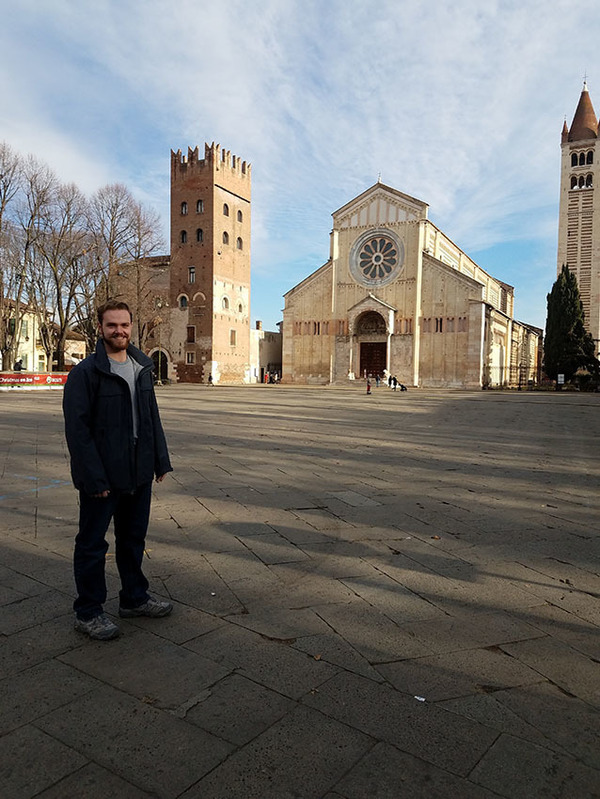 I am writing to express my deepest appreciation for your support of academics at the University of Notre Dame. I was the recipient of a Winter Break Travel grant, and it was a blessing. I study civil engineering, so I wanted to research the attitudes of the Italian government through the lens of infrastructure surrounding churches.

My research proposal was to study the religiosity of the Italian Republic, assuming that this could be seen through the concentration of resources in infrastructure surrounding churches. This presupposed that maintenance of piazzas, parks, and public transportation surrounding churches indicates the attitude of government toward religion. I proposed to investigate this by observing key aspects of infrastructure surrounding twelve churches in Milan, Rome, and Oppido Mamertina. I made an effort to choose churches of both local and historical importance alongside lesser-known churches that might be more likely to fall under neglect. I also chose the cities in order to represent not only the thriving economical or touristic cities but also the poorer rural towns. My analysis included the cataloging of resources and pictures surrounding the many churches.

This experience was incredibly valuable for my educational and personal growth. In terms of my education, I was able to practice my language skills in real-time. It was exceedingly fruitful to speak only in Italian for the better part of two weeks. I found myself thinking in a language other than my first, and I successfully conversed with shop owners and family members alike. I feel that my language skills improved more in two weeks than they possibly could in an entire semester of traditional classroom learning. More personally, it was a great pleasure to visit Italy and many of my relatives still living there. I began my research in Milan but quickly took advantage of an opportunity to also research in Verona. A friend from Italy, who studied in an exchange program at Notre Dame, helped me to navigate Verona and get my first good glimpse at Italian sentiments toward religion. I realized that city governments are still heavily involved in the maintenance surrounding churches. This was seen through something that I had not thought of previously but is undoubtedly important: waste collection. It is one of the most basic services that the government provides in an Italian city, and it was clear that churches are well accounted for despite less public transportation availability than I initially expected. Moving on to deeper research in Milan, I began to see some disparity between smaller parishes and more famous churches. The small parish of St. Rita had good access to parking and transportation but had a piazza in need of repairs; whereas, St. Ambrose and the Duomo of Milan had excellent transportation and maintenance efforts. St. Vincent was the other church that I cataloged in Milan and it did not have remarkable attributes of maintenance or disrepair. From Milan, I moved on to Oppido Mamertina by way of Rome. I had not intended to make the trip by train through Rome but it became expedient so as to best utilize my resources. In Oppido Mamertina, I found more churches than I expected to encounter because many of them where not to be found on google maps or parish websites. My relatives acted as guides for me to see upwards of twenty churches. Due to the condition in which I found these, I will not bother using four specific churches to explain my findings, but rather, I will summarize that piazzas were obviously maintained, and many were even brand new. They included not only parking and waste collection, but also significant lighting and waterworks (fountains and drinking spouts). It was a major surprise, but the church appeared to be held in regard just as when my grandparents had emigrated. There was even evidence of festivals that had been recently held for Christmas. Finally, in Rome, I found very well-kept church piazzas and parks that contrasted with an otherwise unkempt modern city. The city of Rome was notably dirty in comparison to Milan, Verona, and Oppido Mamertina; however, the famous churches, St Peter’s Basilica and St. Mary Major, did not have more spectacular maintenance than the smaller churches, St. Ivo of Bretoni and St. Patrick’s. It should be noted that marked police and military presence near the larger basilicas showed a clear understanding of their importance. The smaller churches did not have as remarkable security. I found that the Italian government still plays an active role in the preservation of churches, which indicates to me a continued religious concern from the Italian people. 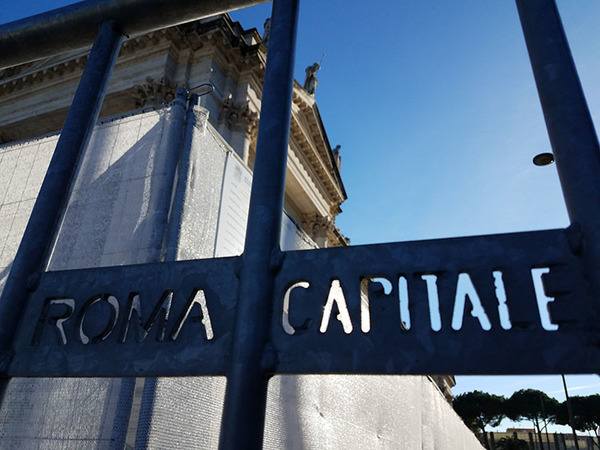 I wanted to carry out this research because my maternal grandparents emigrated from Italy in the years after World War II. Since then, they have kept in touch with relatives that remained in Italy. From my own experience of these interactions, it appeared that Italy was becoming like any other secular state, deviating from its traditional Catholic heritage. By going to research as I did, I hoped to take the pulse of Italian Catholicism. I had been studying the Italian language in order to be able to visit my relatives in Italy, so this research was a great opportunity to combine skills from my engineering experiences and Italian studies. I believe that I grew by meeting with them because I was able to make connections that should enable me maintain family bridges that have spanned the Atlantic Ocean for over sixty years. As my grandparents and their siblings age, it has become time for myself and the relatives that are my age to make efforts at keeping familial traditions alive. Furthermore, making such a significant trip abroad on my own helped me to grow as an adult independent from my elders. As my peers refer to it, I was “adulting.” This was a fantastic way to learn about my strengths and weaknesses as a traveler. For example, I learned that I could work on my flexibility, but I learned that I am resourceful in making sure that I get from one place to another safely. Overall, I grew abundantly from just two weeks of Italian sunshine and connecting to my roots.

My research abroad went further than I expected and beyond my hopes for learning. It was a privilege to see magnificent churches in the country from which my maternal grandparents emigrated. It pleased me even further to see the impeccable upkeep of piazzas and other such infrastructure in even the smallest towns. I felt so close to my family roots, and it could not have been possible without your assistance.

Thank you for your vital support for the pursuit of education.