On May 1st, 1937, 4,000 children between the ages of five and sixteen escaped from Bilbao, Spain on the S.S. Habana on a journey to Southampton, United Kingdom. These children--dubbed the "Basque children"--were under the threat of attack by General Francisco Franco's forces during the Spanish Civil War. Angelica Inclan ('16), a double major in History and Political Science, received a Senior Travel and Research Grant to travel to the United Kingdom and Spain. While there, she conducted research on the Basque children, using them as a case study of how child refugees can bring people from different political and religious factions together. Angelica recently wrote to us about her experience:

The Nanovic Research Grant allowed me the opportunity to travel to the United Kingdom and Spain to conduct archival research for my senior history thesis for the History Honors Program. After readings tens of books in the fall semester about my topic, I was able to identify the missing elements of my project that needed primary source documents found in the archives I travelled to. Further, a requirement of the history honors thesis is to include original work with primary source documentation. Most of these primary source documents I needed are not digitized and therefore I needed to travel to study them. My main question for my thesis is whether the Basque children were able to bring together different political and religious factions. The issue at hand is that the Basque children’s parents were mostly republicans, so many of them had left- leaning political tendencies. Further, the British government signed the Pact of Non-Intervention in 1936 and wanted nothing to do with the Spanish Civil War and wanted to confine the “Iberian problem." Nevertheless, a committee was formed by members of parliament from liberal and conservative parties to bring the children to the United Kingdom without the funding of even one pound from the British Government. How did this happen, in terms of logistics and funding? Who were the actors that brought these children to the United Kingdom? How were the children, logistically, able to return to Spain when the Spanish Civil War ended? Why did some children remain in Britain? These were the questions I lacked sufficient information about that I was able to find in the archives.

Overall, this topic has not been written about extensively. Although much has been written about the Spanish Civil War and British appeasement in the Neville Chamberlain, pre-World War II era, the Basque Children of 1937 seem to fall through the cracks in the sense that they get a paragraph, not more, in books about this time period. Authors Adrien Bell and Natalia Benjamin focus their books specifically on the Basque children that fled to Britain; other authors, like Dorothy Legaretta, have written books on the Basque children that fled to other countries around the world, including Britain. I seek to contribute to the literature by highlighting this remarkable refugee migration that brought 4,000 children on the S.S. Habana to the shores of Great Britain. Further, in all of the literature I have read, no one asks the question I am asking: why children brought people of differing political and religious factions together during a time great international ideological tension? I am briefly comparing the Basque children to the transport of Jewish Children just before World War II and the Peter Pan movement of Cuban children during the Cuban Revolution of ’59. I think historical case studies of refugees are extremely important for our understanding of the Syrian refugee crises today. 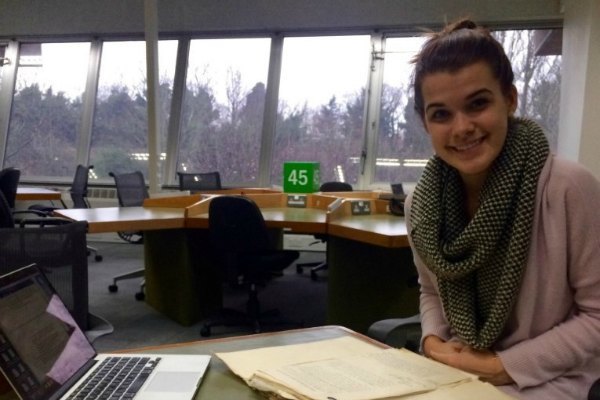 The first stop on my research trip was the National Archives at Kew in London, United Kingdom. I found numerous, very useful memos and letters between various members of the British Foreign Office about providing protection vessels of refugees in Spanish and international waters. Further, I looked at a booklet of parliament speeches on the issue of the Basque Children. These speeches really helped me enter the minds of policy makers in order to understand their apprehensions and convictions about the Spanish Civil War and providing aid to these children. I found great tension between leaders: those who felt that providing aid would be a bad political move for Britain, and others who felt it necessary on humanitarian principles. I took pictures of over 200 documents at this archive that are important to my project. 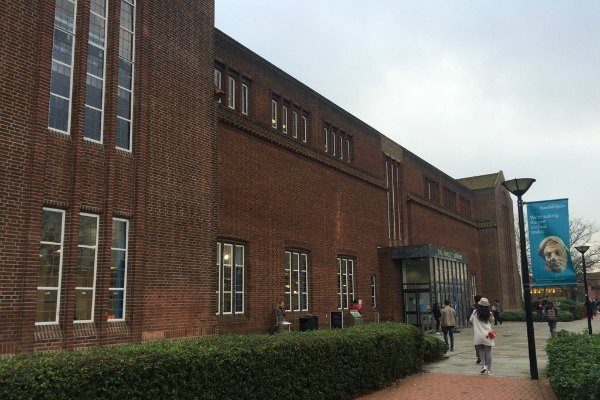 I then travelled to Southampton, United Kingdom where the University of Southampton’s Hartley library contained the premiere archives on the Basque children. This archive was the most beneficial to my entire trip. I spent three days in the archives and probably could have spent more time because of the sheer amount of pertinent material. I found the newspaper articles from various different local and national publications that gave me a great sense of British public opinion about the Basque children. Further, I was able to analyze countless original photographs of the children on the S.S. Habana, in the camp at North Stoneham, and in the various “colonies” around England that provided groups of children with shelter, food, and care. I also studied pamphlets of “Basque children’s concerts” that were put on and funded by various key members of society in order to raise funds for the children. The patrons and attendees gave me insight into what sorts of people were activists for the cause and supported humanitarian aid for these children. I also met with the president of the Basque Children’s Association, Carmen Kilner, who travelled to Southampton from London to help me work through the archives and provide a “soundboard” for my project ideas. 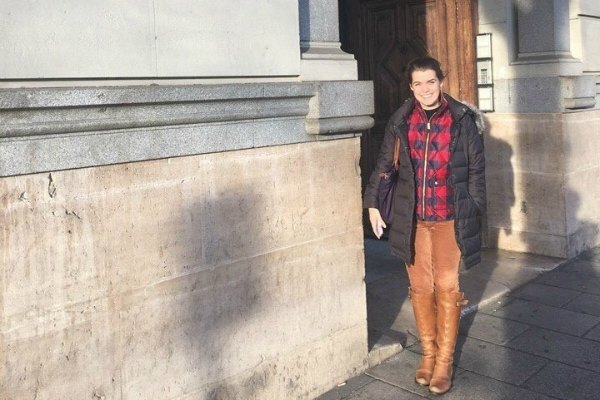 Finally, I travelled to the Fundación Universitaria in Madrid, a private archive close to the Retiro Park. This archive contained many important primary documents from the Spanish side of the refugee migration. Many of the papers were from the Spanish government in exile. These papers provided information about the parents of the Basque children, their political tendencies, and logistical information about repatriation efforts. There was also correspondence between various principle actors of the Basque Children’s Committee and the National Joint Committee for Spanish Relief of Britain in these archives, both in Spanish and in English, that were extremely useful. Many of these actors were on the ground in Bilbao, Spain organizing the migration of children and sending letters back to England about their needs and concerns.

On a personal note, this archival research experience was completely eye-opening and rewarding. I have never felt more like a historian in my entire life. I visited three different archives: a national British archive, a special collections rare documents archive at the University of Southampton, and a private archive in a Mediterranean setting in Spain. The process of travelling to these archives, speaking with archivists, finding relevant information among endless catalogues, and achieving a great sense of independence did much for my personal and academic development. I am so fortunate to have had this opportunity to push myself outside of my comfort zone and explore two wonderful countries while conducting research for my thesis. This has been a fantastic culmination of my undergraduate experience at Notre Dame. I only hope to continue researching wherever life my take me.