After a semester of honing their skills in judgment and decision making, conflict mediation, intercultural communication, and protocol, students in the Nanovic Institute’s Diplomacy Scholars Program undertook a week-long diplomacy immersion in Vienna and Brussels in late May.

Accompanied by Anna Dolezal, Nanovic’s student programs assistant manager, and Judy Hutchinson, student engagement program director at Notre Dame International, the students began their tour in Vienna with a walking excursion that explored the history of Vienna as a center for international diplomacy. During their stay in Austria's capital, the students had an opportunity to meet with diplomats at the Diplomatische Akademie Wien / Vienna School of International Studies, including Ambassador Helmut Tichy, the legal advisor to the Austrian Foreign Ministry. The students also engaged with the journalist and Notre Dame alumna Hannelore Veit who spoke on the changing role of journalism and foreign correspondents in the world today. They concluded their time in Vienna with a tour of the United Nations offices.

For the second part of their tour, the students headed north to Brussels, the seat of European government. Here they met Ambassador Jean-Pierre Kempeneers of the Dutch Foreign Ministry who shared insights on his experience in the foreign service and provided advice to those starting out on their path to a career in diplomacy. The program in Brussels included meetings with experts on topics ranging from climate diplomacy to trade negotiations. During a visit to NATO, students were briefed on the organization's changing role in Europe, particularly in light of the war in Ukraine. Finally, the group met with professionals working at the intersection of diplomacy and the digital world at the Microsoft Innovation Center.

On the group’s final day, they visited the Catholic university KU Leuven and enjoyed a tour of its beautiful city. The diplomacy immersion concluded with a happy hour with Notre Dame alumni based in Europe. 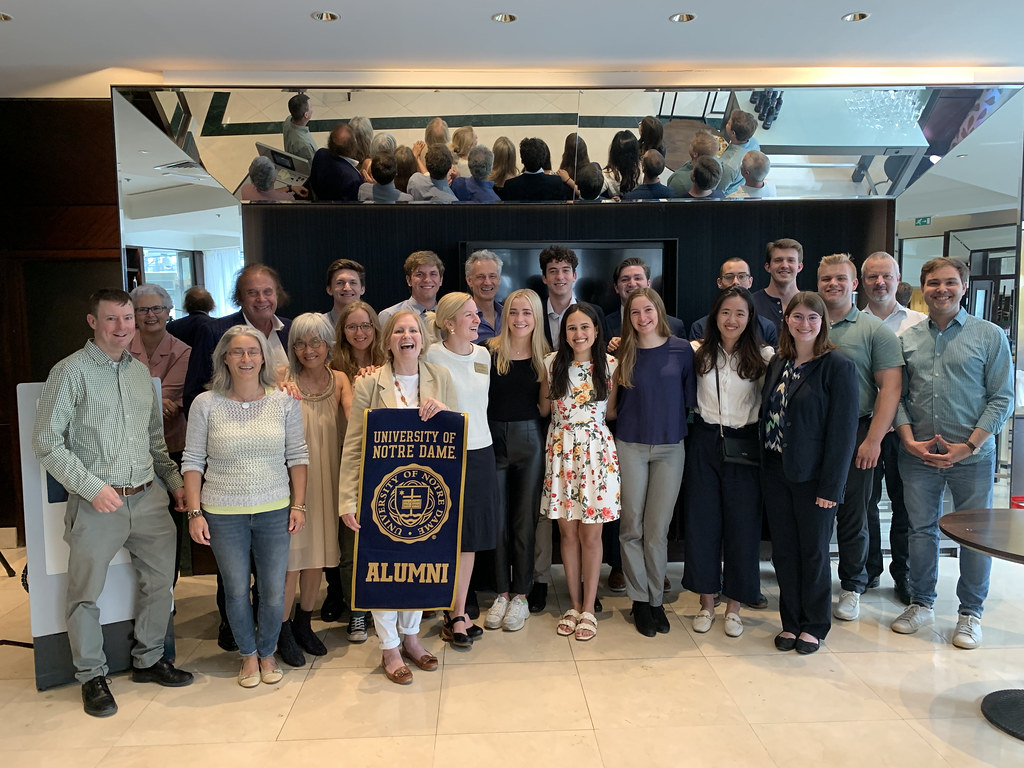