The Nanovic Institute is pleased to announce that Christian Brunner-Lopez has won the 2019 J. Robert Wegs Prize for Best Minor in European Studies Capstone Essay.

"It's one thing to define and describe varieties of populism, and another thing altogether to try to measure their economic effects," remarked Anthony Monta, Associate Director of the Nanovic Institute. "Mr. Brunner-Lopez has done an admirable job of both, basing his essay both on secondary research, original interviews, and his own quantitative analysis. His essay was a model of clarity in thought and execution."

Brunner-Lopez, a senior finance major who will begin working at Goldman Sachs in New York after graduation, said it was “a great honor” to win the Wegs Prize.

"This capstone would not have been possible without the help of my faculty advisor, Andy Gould, with whom I took European Politics during the Fall 2017 semester," Brunner-Lopez said. "This was a particularly interesting time to take his course, as the populist AfD had just gained an increasing amount of seats in the German Bundestag, the parliament, and this sparked my interest in trying to understand what sort of impacts populism may have on Europe."

Brunner-Lopez says that the rise of populism has become a real political phenomenon in many European societies that has led to a fragmentation of the political landscape. Media reports and scholarly works pay more and more attention to this topic. His essay tries to answer the question: what kind of impact, if any, does populism have on the economies of European countries? 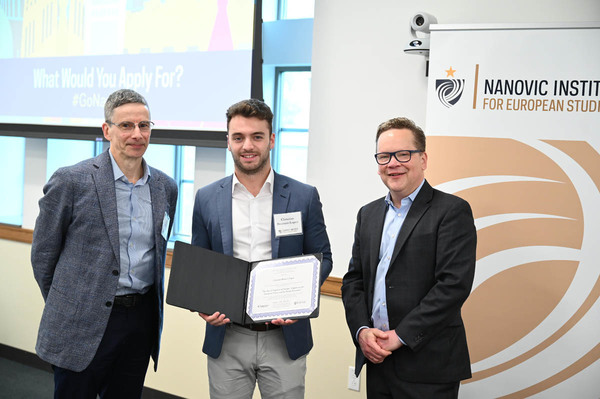 Two opposing views were presented in his investigation: In the first, populism is believed to either directly or indirectly cause genuine economic instability in European nations, threatening the viability of the European project and market stability; the other option is that populism remains a political phenomenon but, up to this point in time, its impact cannot been measured as a considerable driver of economic instability in European states. Brunner-Lopez believes there is still time for the European project and Europe, as populist parties have not yet been able to gain a majority of seats in most western European democracies, and hence not been able to enact their policies. As a result, markets have remained largely unaffected and the economies are not showing any certain trend. Were they to gain power, then this may be a different story and therefore the upcoming EU parliament vote will be an important one.

In trying to analyze the impacts, Brunner-Lopez analyzed economic data such as unemployment, GDP and financial market data for Germany, Italy, and the UK, and collected 6 first-hand written interviews by professionals in these countries. This country-case method was inspired by a Visiting Fellow in the Kellogg Institute, Maximilian Goedl, who studied the eurozone credit crisis and examined certain countries specifically. By examining political events and their relationship to any market or economic shifts in the data, Brunner-Lopez came to the end result that there was no real correlation, and hence much of the economic instability in Europe can be attributed to the lasting effects of the debt crisis and the late economic cycle.

Brunner-Lopez believes this research showed that there is still hope for Europe. "No matter the complexities or unstable times that the continent may be facing, partly as a result of populism, there is still time to react. European leaders must recognize that populism is a real political force and a real part of democracy. They voice and represent the people that until now political parties may not have considered fully, and present valid alternatives and views. If political discourse could be more open, and we can acknowledge these different views, then conservative politicians can react to these populist forces by finding initiatives and policies that address those needs as well."

For more information about the prize, visit nanovic.nd.edu/wegs-prize. 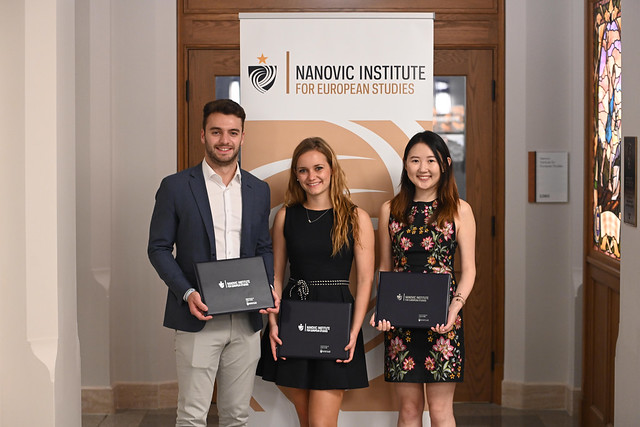