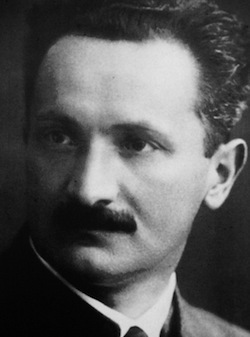 Re: Heidegger's Philosophy of Violence, Chronicle of Higher Education, March 2, 2015

The case of Martin Heidegger, often called the most important philosopher of the twentieth century, seems likely to become the greatest philosophical scandal of our time.

As the publication over the past year of the previously unknown “Black Notebooks,” a kind of intellectual diary Heidegger kept for most of his adult life, has demonstrated with brutal clarity, Heidegger’s attachment to central tenets of National Socialist ideology, most crucially his profound and violent anti-Semitism, was not fleeting or superficial, but integral to his thinking throughout his life.  It will take years and probably decades to come to terms with what this means not just with respect to our understanding of Heidegger himself, but even more important with regard to the vast influence his thought exerted on countless thinkers over the past century.

If there is any positive outcome of this abhorrent episode, it will be that the nearly one hundred volumes of Heidegger’s so-called Gesamtausgabe, or “complete works,” published by the firm Vittorio Klostermann, will be discarded as unreliable and thus unusable in any genuine scholarly attempt to assess the actual nature of his thinking. For this edition, which began under Heidegger’s direction after the Second World War and has been continued under that of his son, Hermann, who has not allowed anyone access to the original manuscripts, has been demonstrated to contain significant omissions, deletions or other changes in the published form of certain texts.

For instance, in 2014 Eggert Blum showed in an article in the newspaper DIE ZEIT that in volume 69 of the “Gesamtausgabe”, “Die Geschichte des Seyns” (The History of Being), written between 1938/40 and published in 1998, a phrase was eliminated from the original manuscript in which Heidegger wrote that he aimed to show “wherein the peculiar predestination of Jewry for planetary criminality is grounded.” Similarly, Sidonie Kellerer has determined that the published form of a lecture Heidegger gave in 1938, “Die Zeit des Weltbildes”, which appeared in 1950 in the book Holzwege and had since been considered as evidence of Heidegger’s rejection of National Socialism, differs in several important respects from the original text, which in fact contains phrases that express the opposite sentiment and affirm Heidegger’s allegiance to the National Socialist cause.

With the publication of the “Black Notebooks,” it would seem that there is all the more reason to scrap the compromised Gesamtausgabe and to produce a historical-critical edition of Heidegger’s works based on what he actually wrote and not on what he and his supporters wanted people to read after the collapse of the Nazi regime.