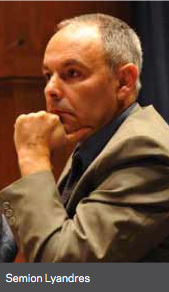 Thanks to the efforts of faculty fellow Semion Lyandres (History) and crucial seed funding from the Nanovic Institute, Notre Dame has now unveiled a significant archive of primary documents that shed new light on the origins of modern Russia.

Acquired from Zinaida Leonidovna Polievktova-Nikoladze in Tblisi, Georgia, the archive contains three generations of materials collected by a family in Georgia descended from Niko Nikoladze, the father-in-law of Mikhail Polievktov, a prominent Russian historian from St. Petersburg.

After establishing a historical commission in 1917 to document the February Revolution that deposed the Tsar, Polievktov had to flee Russia in the 1920s with the commission’s materials. Their whereabouts remained a mystery until Lyandres tracked them down and negotiated their sale.

The archive contains transcripts of interviews conducted by the Polievktov commission, which challenge important interpretations of what happened that winter. It also preserves a massive number of diaries, official papers, volumes of correspondence, and photographs from Polievktov’s descendents, all of whom were interesting professional figures in their own right. Typically, collections like these come from different sources and are sold separately at auction. What is unique about this archive is that it was preserved entirely intact, in one place, and that Notre Dame was able to purchase it in its entirety. 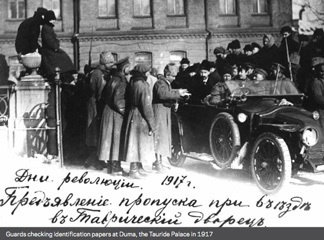 “Lyandres’s work in bringing the Polievktov collection to Notre Dame means that we will become a major center of research in this area. It’s an extraordinary achievement.”

~ John T. McGreevy, The I.A. O’Shaughnessy Dean of the College of Arts and Letters

It took three years to transport the documents by hand to the Special Collections department of Hesburgh Library. By far the largest and most significant archive in modern European history at Notre Dame, the Polievktov archive is one of the most important and extensive private collections of papers on modern Russian history in the United States.

“It’s a real coup,” says Lyandres. “From nothing, our visibility changes overnight. We become a major player in modern Russian history.” The materials will now be processed, organized, digitized, and made fully accessible, making possible a wide range of new scholarly projects and graduate student dissertations. “The Polievktov-Nikoladze papers will be mined by students of imperial Russia and the Soviet Union for decades to come,” says George Rugg, curator of Special Collections at the Hesburgh Library. An exhibit of items drawn from the collection will be on display this fall.

“Without the Nanovic Institute’s support at a critical time, this collection may not have made it to Notre Dame.”

~ Semion Lyandres, Associate Professor of History and co-director of the Russian and East European Studies program

Archival photos reproduced from the originals held by the department of special collections of the University Libraries of Notre Dame.