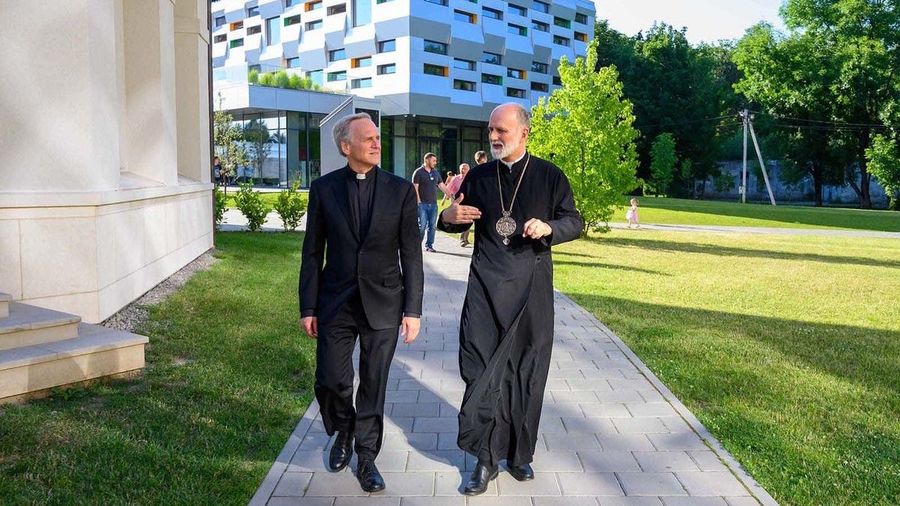 The Right Reverend Borys Gudziak, Archeparch of Philadelphia chats with University of Notre Dame President Rev. John I. Jenkins, C.S.C. on the campus of Ukrainian Catholic University in Lviv, Ukraine.

Ukrainian Catholic Archbishop Borys Gudziak received the 2019 Notre Dame Award for his work for religious and academic freedom, and for his courageous and visionary leadership of the first Catholic university established in the territory of the former Soviet Union.

A half-dozen young people with special needs share space and campus life with the students of Ukrainian Catholic University as residents of the Emmaus House.

The effort kicked off with a symposium at UCU, “Faith and Freedom: Religions and Civil Society in Central and Eastern Europe,” which followed the Notre Dame Award ceremony the same day. 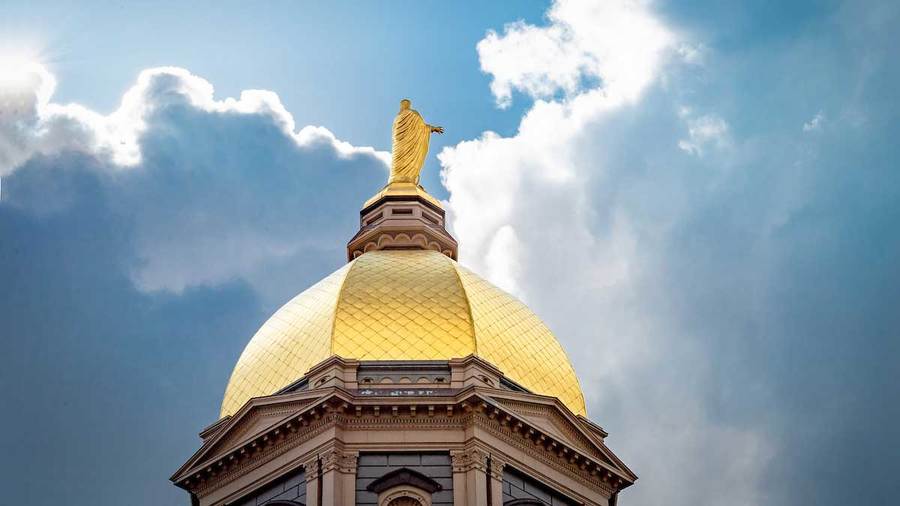