Inaugurated in 1985, the ICML's annual conferences gather city officials, architects, planners, developers, community leaders, behavioral scientists, and artists from around the world to reflect on "the array of elements essential to a livable city," and one that is sustainable.

Accompanied by students involved in Economakis's design studio, and who were funded by the Nanovic Institute, Economakis and his team celebrated together at the award ceremony in the presence of a number of European and US officials and dignitaries. Economakis reports:

"The effort to promote this vision through official organizations and groups continues, but the political situation remains fluid and confused, as the recent UN summit made clear. With the new arrangements between the European Union and Turkey (which stipulate that refugees arriving in Greece from Turkey will be returned to Turkey, the Greek government has essentially shirked its responsibility to create proper processing centers.

This is changing again, however, as the flow of refugees into Greece has not actually stopped, it has only slowed. The closing of the borders of the Former Republic of Macedonia has trapped about 60,000 refugees in Greece, and Greeks are beginning to accept the idea that they may have a more-or-less permanent refugee population to care for. 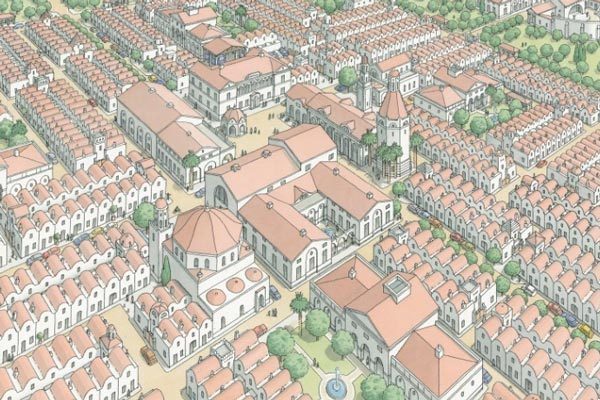 I am pitching my proposal again, with some modifications, and am meanwhile advised to promote it at a more international level, as a solution for refugees around the world, rather than just in the Mediterranean. This fall, I will be presenting the project at conferences in Madrid and London."

The Nanovic Institute is also continuing to bring its faculty fellows working on migration issues into conversation with each other, across the disciplines, with visiting scholars from European universities, and with an expanding group of scholars in the Keough School of Global Affairs.