Just months after his appointment as European Union ambassador to the United States ended, David O’Sullivan delivered the 2019 Nanovic Forum lecture with poise and candor on September 18, 2019. His lecture, “Europe and the United States: Friends and Allies, or Rivals?” explored the complexities that challenge and provide opportunities for American-European relations and was well-attended by the Notre Dame community.

While O'Sullivan's lecture was diplomatic, as one might expect from an ambassador and career civil servant, he addressed difficult and controversial topics head-on and with a welcome frankness. O’Sullivan began with a comprehensive look at the immediate and lasting impacts of American involvement in global affairs. He then spoke at length to the intricacies of European cultures and attitudes that, fortified by the European Union, helped to create one of the largest economies in the world. What’s more, O’Sullivan did not shy away from controversial topics that populate international headlines, namely the implications of Brexit, the surge of nationalism in Europe, or the arrival of the Trump administration from a European perspective. Judging from the scintillating conversation that occurred during the Q & A with students and faculty, the insights gleaned from O’Sullivan’s lecture are set to leave a lasting impression at Notre Dame. 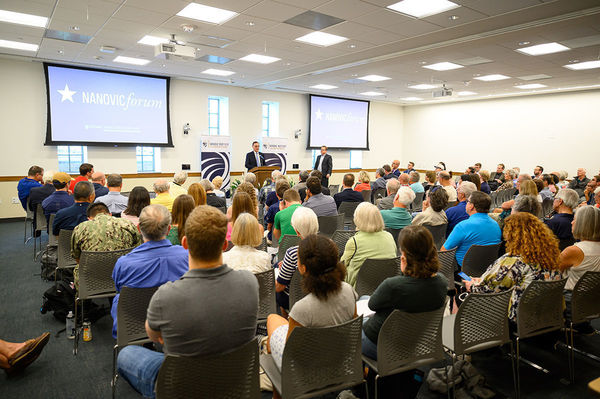 "Over the course of an hour, I was able to learn from Mr. O’Sullivan’s expertise and unique insight into state diplomacy, current European relations, and the transatlantic relationship,” said Moritz S. Graefrath, a Nanovic Institute graduate fellow and Ph.D. candidate in political science. “His perspective on these issues proved incredibly enlightening and made me realize once again how much academics stand to benefit from a closer engagement with the policy world.” Clare O’Hare, also a graduate fellow and Ph.D. candidate in political science, shared, “The opportunities afforded by the Nanovic Institute never ceases to amaze me.”

O’Hare also serves as a teaching assistant in Nanovic Institute faculty fellow Andy Gould’s European politics class, whose students O’Sullivan spoke to during the last day of his visit. 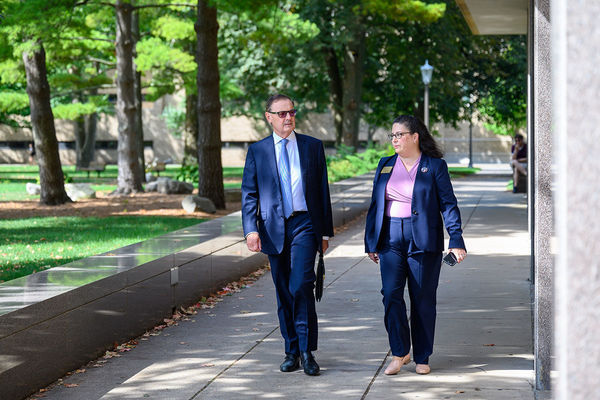 “[O’Sullivan’s] remarks combined a deep historical understanding of European politics and societies with the lessons of a lifetime of engagement in policy-making and diplomacy in Europe, Africa, Japan, the United States, and around the world,” Gould said. “He took the students behind the news headlines to the big values at stake in European politics today. The Ambassador’s responses to questions from the students and the back-and-forth discussion showed that he and they were eager to get as much out of their time together as possible; he and the students really connected.”

Director of the Nanovic Institute, William Collins Donahue, said, “Ambassador O’Sullivan brought refreshingly candid insights to the University’s current conversation on global affairs. Providing students the opportunity to become active interlocutors with top European figures—inside and beyond the classroom—remains a core mission of the Nanovic Institute. We are deeply grateful for David's visit.”

Ambassador O’Sullivan will continue the conversation as the 2020 Barrett Family Lecturer in Dublin, Ireland.

“I would just like to commend the work of the Nanovic Institute of Notre Dame,” Ambassador O’Sullivan said as he concluded his lecture. “I hope the work that you do here in this Institute—and I thank you for it—can be complemented by the work done in Europe, working on the same level of sending people to the United States, and that we can find a way to continue the enormous strength of transatlantic bonds which have taken us a long way in the twentieth century, and can still take us a long way in the twenty-first.”