Looking back at my years at Notre Dame, it’s clear to me that the support I received from the Nanovic Institute was the defining piece of my undergraduate experience.

I had always had an interest in Ukraine, but it was thanks to the Nanovic that Ukraine became such a central part of my academic and professional life.  With Summer Research and Travel grants, I traveled to Ukraine in 2006 and 2007 and began building a relationship with Ukrainian Catholic University (UCU). Then, in 2008, I received Nanovic funding to study at the Harvard Ukrainian Summer Institute.  When I graduated in 2009, my sights were still set on Ukraine, and the connections I had made at Ukrainian Catholic University in Lviv led to a teaching position in the university’s Department of Modern Foreign Languages.  After two wonderful years at UCU, I returned to the U.S. where I completed an M.S. in Applied Linguistics at Georgetown University. 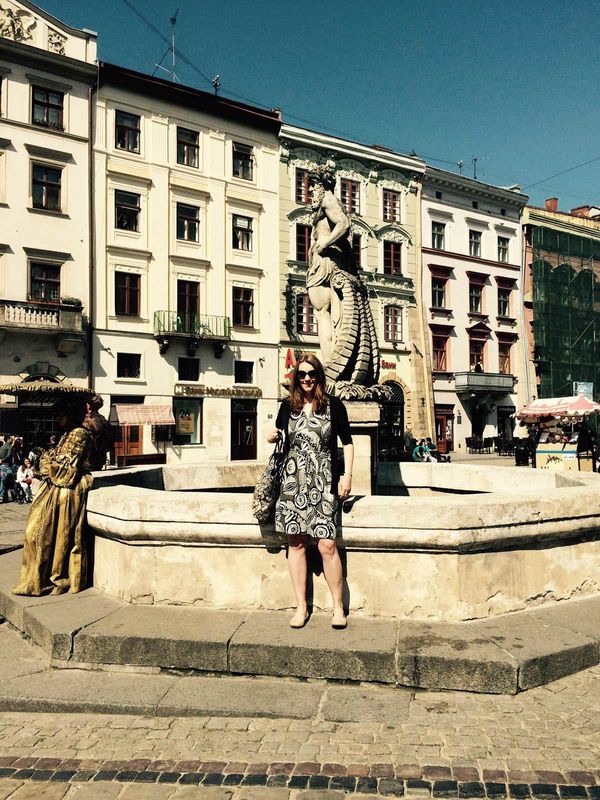 When I graduated from Georgetown in 2013, I relocated to Ukraine yet again.  But this time around I was based in Luhansk, a city just a few dozen miles from the Russian border, where I had been placed by the U.S. Department of State’s English Language Fellow program. Working there at a large state university was an experience in and of itself, but my fellowship period also coincided with the EuroMaidan Revolution and, eventually, the invasion of parts of eastern Ukraine, including Luhansk.  By the time real violence began, however, I had already left Luhansk and had moved back to Lviv, where I finished my fellowship working at universities including UCU.

I feel fortunate to have experienced such a pivotal period in Ukraine’s history first-hand, and I remain deeply inspired by the struggle of Ukrainians to build a new country after the revolution. I am still engaged in issues of language and education in both professional and volunteer capacities, including as the 2016-2017 Recent Alumni Representative on the Nanovic Institute Advisory Board. As the years go by since I graduated from ND, my continued interest in Ukrainian society, and particularly in education reform, still has a crucial link to experiences I had as a Notre Dame student.  For that I will remain forever indebted to the generosity and vision of the Nanovic Institute.