This past winter, Raymond “JR” Drause, a graduate student in the History Department at Notre Dame, and his wife Natalia Drause, a professional photographer, traveled nearly 6,000 miles on the Trans-Siberian Railway.

As could be expected of a trek through Siberia in January, the Drauses encountered fierce snowstorms, long stretches of uninhabited terrain, and expansive landscapes. But they also discovered religious communities of great diversity, who welcomed them into their homes and sacred spaces. 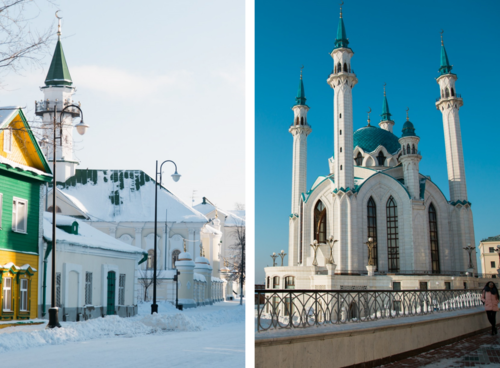 After journeying over 400 miles from Moscow, where the Trans-Siberian Railway begins, the Drauses arrived in Kazan, a city known for its sporting events and venues.  Kazan is also home to a thriving Muslim community, and the Drauses visited several mosques there.

Some of the mosques were boldly designed, such as the newly constructed one pictured on the right.

Others, though, were more modest.  The one on the left has roots in Imperial Russia where it was advantageous to have church-like architecture that allowed it to blend in more easily. 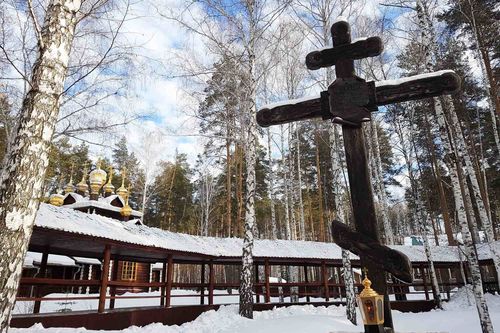 Russian Orthodox Christianity, the dominant religion of Russia, has a presence at nearly every stop on the Railway.  This site, Ganina Yama (“Ganya's Pit”), is now considered holy ground by the Russian Orthodox Church.  After Nicholas II (the last Emperor of Russia) and his family were executed in 1918, their bodies were secretly transported here and buried in a mass grave.

The Drauses were struck by the way these gruesome events are tastefully memorialized in Ganina Yama today, and by the spirit of peace that can now be felt there. 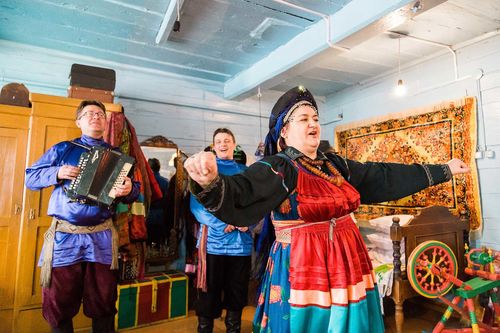 The Russian Orthodox Church underwent a series of reformations in the mid-17th century.  The “Old Believers,” as they are now known, continue the liturgical and ritual practices of the church that were in place prior to these reforms.

In Tarbagatai, the Drauses had the opportunity to spend time with a community of Old Believers and to listen to the singing traditions for which they are famous. 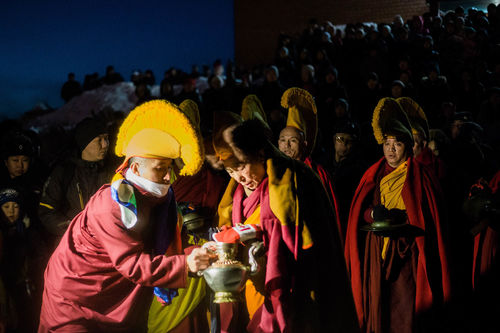 After the fall of Nicholas II and the rise of the Communists, many Buddhist datsans (temples) were shut down.  Today, many of these temples have re-opened and are used by active Buddhist communities.

At a prominent temple in Ulan-Ude, the Drauses were invited to participate in a Buddhist purification ritual.  Buddhist worshippers there belong to the same “Yellow Hat” school of Buddhism represented by the Dalai Lama. 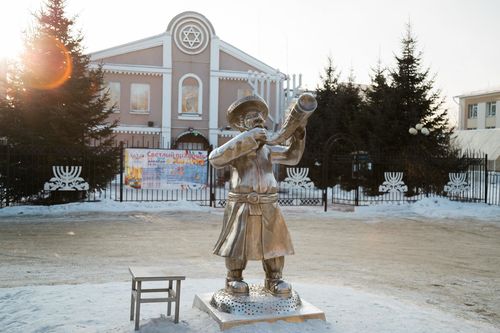 While many Jews in this remote region in the Russian Far East eventually migrated to Israel, Birobidzhan is still home to a small Jewish population. 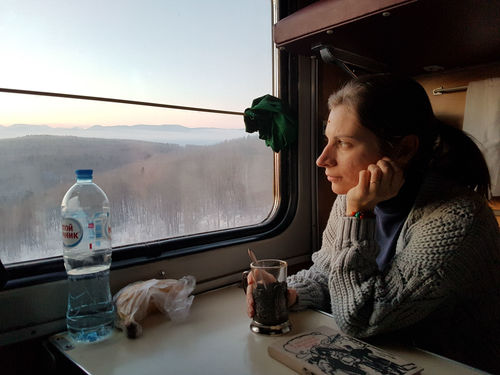 By witnessing and participating in Russia’s cultural and religious flourishing during their journey across the Trans-Siberian Railway, the Drauses helped to advance the mission of the Nanovic Institute and the Keough School of which it is a part.  The recently opened Donald R. Keough School of Global Affairs, the first new school at Notre Dame in nearly a century, is committed to the promotion of Integral Human Development, the idea that “the dignity of the human person is expressed in work and economic activity — but also in cultural richness, artistic creativity, religious belonging, and spiritual practice.”