Shan-Yun Huang, “’In the Smithy of my Soul’: Bildungsroman, State Formation, and Decolonization in Twentieth-Century Ireland” (pending acceptance)
Jessica Kay Lumsden, “Who Were the Ribbonmen?: Ribbonism and the Evolution of Nationalism, 1760-1858”
John McCormack, “Wounded Faith: Monarchy and Memory in the French Wars of Religion, 1559-1629”
David Morris, “Apocalypse Now or Later: The Pseudo-Joachite Commentary Super Prophetas”

The Dominica and Frank Annese Fellowship in Graduate Studies

The Nanovic Institute awarded 29 Initiative Grants to graduate students, 18 of which were for conference presentations. 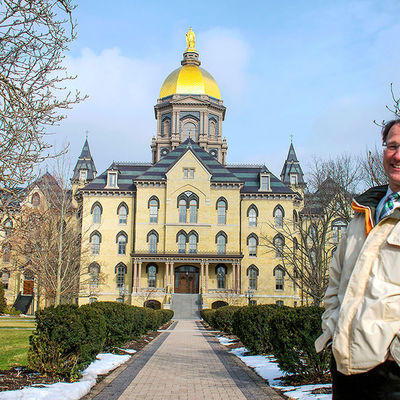 Dear friends, Let us keep it simple; it is as simple as that: We need artisans of a new humanity. For my wife’s birthday, our boys decided to surprise her by building a raised garden bed. A raised garden bed,...
Read More