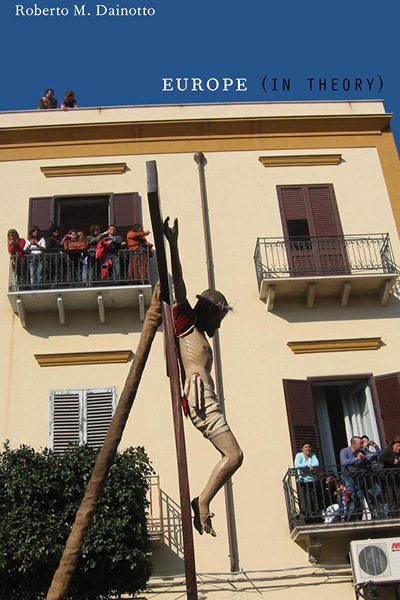 2010 Prize in the Humanities

Written by an academic but readable by all, Dainotto’s Europe (In Theory) incisively analyzes how important theories about Europe have long relied on the construction of an “Oriental other” within Europe’s own borders. Showing how Europe’s southern territories were used in this way, Dainotto’s book transcends a focus on any one country and places Eurocentric ideology into serious question more generally. His work contains original reworkings of genealogies such as those of European history and European literature, and first-class analyses of Montesquieu, Voltaire, Madame De Stael, and Hegel. Thus, Europe (In Theory) presents an admirable synthesis of the critical and theoretical literature on the history of the idea or theory of Europe and offers a critical perspective on the question. Forceful, biting, compelling reading.

Roberto M. Dainotto is professor of Romance Studies and the Literature Program at Duke University, where he has been teaching modern and contemporary Italian literature since 1998. Dainotto’s research focuses on the relationship between writing and places (real or imaginary). A native of Italy, Dainotto did his undergraduate work at the University of Catania. At New York University, he completed his master and doctorate degrees in comparative literature. His publications include Racconti americani del Novecento (Einaudi, 1999), Place in Literature: Regions, Cultures, Communities (Cornell UP, 2000), and Europe (in Theory) (Duke UP, 2007).

Christopher B. Fox
Professor of English
Director of the Keough-Naughton Institute for Irish Studies
University of Notre Dame