The lecture is free and open to the public.  Lunch will be available on a first-come, first-served basis, starting 30 minutes prior to the lecture at noon.

Bucha is the name of a Ukrainian town that became known worldwide due to numerous war crimes committed there by Russian troops. For churches and ecumenical organizations in Europe, Russia’s war against Ukraine became a challenge of the dimension unseen since the World War II. Meeting this daunting challenge has proven to be not an easy task for Christian leaders. Peacemaking efforts of the Holy See and of international ecumenical organizations like the World Council of Churches repeatedly became objects of public criticism. In Russia, the Patriarch of Moscow has praised the invasion and attempted to provide a religious justification of it. In Ukraine, various Christian churches and denominations have jointly condemned the aggression and insisted on the significance of the just war concept for the establishment of a just peace for their people. The talk will address the role of Christian churches, first and foremost Orthodox and Catholic leaders, in the context of this first full-scale war in Europe since 1945.

Nanovic Faculty Fellow Yury P. Avvakumov is an associate professor of theology at the University of Notre Dame and was appointed by Pope Francis to the Vatican’s International Theological Commission in 2021. His research focuses on the Papacy and Eastern Churches, scholastic theology, Latin and Byzantine ecclesiology and sacramental theology, and Russian and Ukrainian religious thought of the 19th and 20th centuries.

The embedded photo gallery below shows images of the destruction of war in and around Bucha. Viewer discretion is advised. 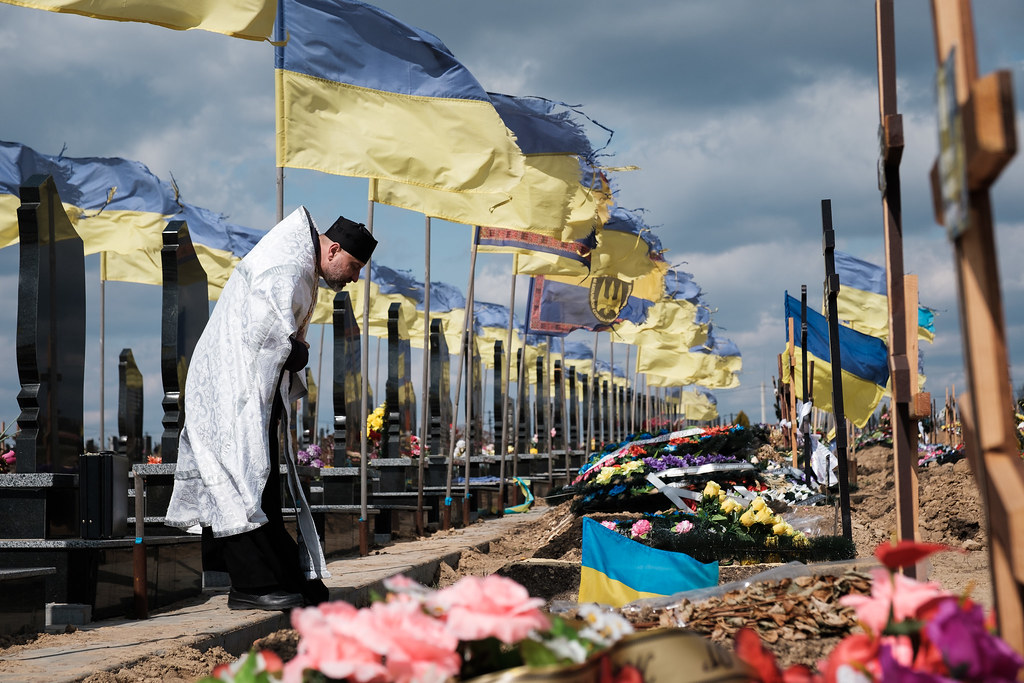