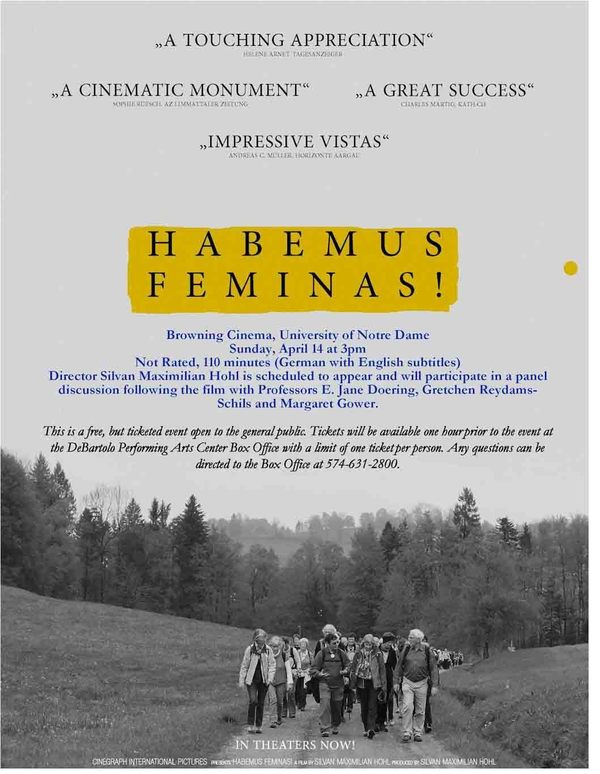 In 2016, a group of women and men embarked on a 750-mile pilgrimage from St. Gallen in Switzerland to the Vatican to stand up for gender equality in the Catholic Church. This documentary profiles the rigours of the pilgrimage and makes tangible the longing desire for a lively church that recognizes women anew. The events are viewed from different perspectives: from pastoral assistants, from priests, and from the filmmakers (some of whom have no religious affiliations). The time on the pilgrimage and the proximity of the film crew to the pilgrims allows an intimate portrait of the women seeking broader roles within the church.

This is a free but ticketed event. Tickets will only be available one hour prior to the performance. One ticket per person.

Sponsored by the Nanovic Institute for European Study, the Cushwa Center for the Study of American Catholicism, and Saint Mary’s Center for Spirituality.

TICKETS AVAILABLE 1 HOUR PRIOR TO EVENT

For Faculty/Staff and Student pricing you MUST be logged in first.