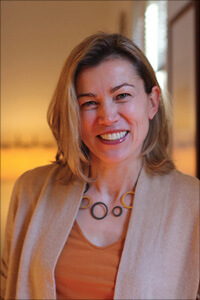 Please join the Nanovic Institute for European Studies in welcoming Anna Grzymała-Busse, author of Nations Under God: How Churches Use Moral Authority to Influence Policy published by Princeton University Press, to the University of Notre Dame as the recipient of the 2017 Laura Shannon Prize in Contemporary European Studies.  Grzymała-Busse is Michelle and Kevin Douglas Professor of International Studies and Senior Fellow at the Freeman Spogli Institute for International Studies at Stanford University. She will accept the award and present the public lecture "Religious Nationalism and Populism in Europe" on Monday, September 18, 2017 at 5:00 p.m. in 1050 Nanovic Hall (Elizabeth E. Nanovic Seminar Room).

The Nanovic Institute awards the prize annually to the author of the best book in European studies that transcends a focus on any one country, state, or people to stimulate new ways of thinking about contemporary Europe as a whole, recognizing alternately books in the humanities and in history and the social sciences. This cycle considered books in history and the social sciences published in 2014 and 2015.  A. James McAdams, director of the Nanovic Institute for European Studies, praised Grzymała-Busse’s scholarship, noting “This is a remarkable book. It will fundamentally change the way scholars assess the power of churches in European democracies.” 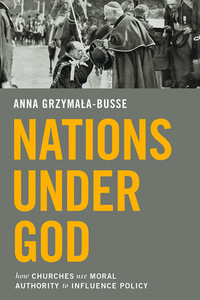 Nations under God: How Churches Use Moral Authority to Influence Policy is an outstanding accomplishment of historically grounded and carefully contextualized comparative political science. Its richness of range and detailed empirical command are no less impressive than its conceptual and methodological sophistication. Together they make an exceedingly rare combination, appealing to historians and political scientists alike, while leaving scholars across the disciplines in its debt. Shining a carefully focused light on a remarkably neglected subject—the complex, variable relationship of religion to politics—Grzymała-Busse captures a patently important question of contemporary social and political life, develops a sophisticated research strategy for its investigation, and delivers outcomes that are as fascinating and suggestive substantively as they are compelling methodologically. The case studies are ambitiously chosen and brilliantly carried off. The study should be enormously influential whether as methodological model or source of arguments and ideas.

The Laura Shannon Prize in Contemporary European Studies is made possible through a generous endowment from Michael (’58) and Laura Shannon of Houston, Texas.  Laura serves on the Nanovic Institute’s Advisory Board and Michael serves on Notre Dame’s Advisory Council for Graduate Studies and Research.

The Nanovic Institute for European Studies at the University of Notre Dame is committed to enriching the intellectual culture of Notre Dame by creating an integrated, interdisciplinary home for students and faculty to explore the evolving ideas, cultures, beliefs, and institutions that shape Europe today.

The Laura Shannon Prize is “a major landmark in the world of humanities research and publishing” in the Anglophone world.

Sir Christopher Clark, Regius Professor of History at the University of Cambridge
Recipient of the 2015 Laura Shannon Prize