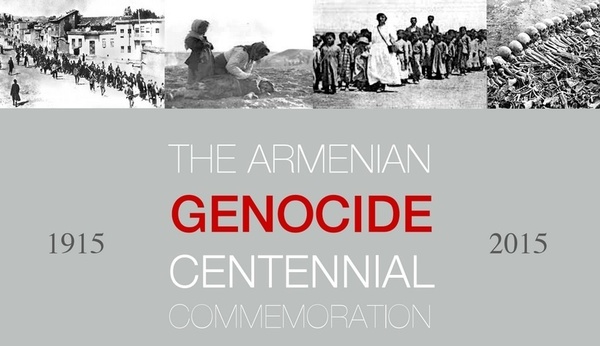 "Who, after all, speaks today of the annihilation of the Armenians?"

These were the words Hitler uttered as he began the extermination of the Jews during the Holocaust.

One hundred years ago this April 24th, 1915, The Ottoman Empire embarked on the systematic and widespread destruction of the ancient Armenian nation. With the intent of purging Anatolia of its historic Christian presence, the Ottoman Turks orchestrated mass pogroms, persecutions, and death marches resulting in the annihilation of 1.5 million ethnic Armenians. This event became known as the Armenian Genocide, the first genocide of the 20th century. To commemorate the centennial of the Armenian Genocide, the Armenian students at the University of Notre Dame have organized a series of films, a lecture, and a vigil to spread awareness about the events that transpired in 1915. Regrettably, the government of the Republic of Turkey has continued a campaign of Armenian Genocide denial, and hence, obstructing justice.

This week-long series of commemorative events are sponsored by Campus Ministry, the Center for Liturgy, the Department of Romance Languages and Literatures, the Institute for Church Life, and the Nanovic Institute for European Studies.

(La masseria delle allodole) tells the story of an aristocratic Armenian family in the Ottoman Empire that is swept into the horrors of the Genocide. Directed by Paolo and Vittorio Taviani; Italian with English subtitles.

“The Blood of the Martyrs ‘Seed of the Church’ Yesterday and Today: Martyrdom in the Early Churches and the Armenian Genocide.”
Refreshments will be provided.

The film follows a mysterious theatre director in present day LA as he tries to bring the ghosts of a forgotten genocide back to life. Directed by Garin Hovannisian and Alec Mouhibian.