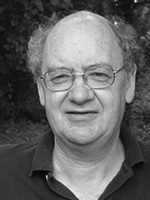 Nicholas Cook, the 1684 Professor of Music at the University of Cambridge, will give the lecture “Western Music as World Music" on Monday, April 22. Final location and time are to be announced.

Nicholas Cook is the 1684 Professor of Music at the University of Cambridge. He is the former Director of the AHRC Research Centre for the History and Analysis of Recorded Music (CHARM) and his books include A Guide to Musical Analysis (1987); Music, Imagination, and Culture (1990); Beethoven: Symphony No. 9 (1993); Analysis Through Composition (1996), Analysing Musical Multimedia (1998), and Music: A Very Short Introduction (1998), which has appeared in fourteen different languages. The Schenker Project: Culture, Race, and Music Theory in Fin-de-siècle Vienna won the SMT’s 2010 Wallace Berry Award. Forthcoming publications include a monograph, Music as Performance: Changing the Musical Object, and a collection of essays coedited with the dramaturge Richard Pettengill, which brings together approaches from musicology and interdisciplinary performance studies. A former editor of Journal of the Royal Musical Association, Cook is a Fellow of the British Academy and of Academia Europaea.

This paper attempts an overview and critique of the development of European music—through dissemination in performance and recordings, and through incessant processes of hybridisation—into a world music. It falls into three sections, the first of which presents music as a dimension of the historical expansion of Europe from the late fifteenth century to the present day. Thesecond (and main) section provides a second pass over the same terrain, but now focusses on ways in which music has afforded negotiations of local and national identity, ranging from the complexities of interaction between Western and local musics in colonial and postcolonial situations to the tension betweenWesternisation and modernisation in twentieth-century China and Japan. A final section focusses on contexts in which Western ‘art’ music does or does not convey connotations of place, concluding that in certain situations—in present-day Korea, for instance—the music of Vivaldi and Mozart becomes ‘world music’ in a different sense from the pop hybrids to which that term generally refers.

Sponsored by the Department of Music, Sacred Music at Notre Dame, and the Nanovic Institute for European Studies. Part of the University of Notre Dame Ethnomusicology Colloquium lecture series.