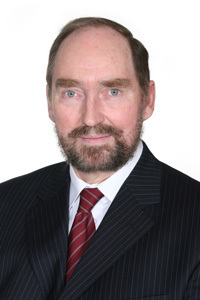 His Imperial and Royal Highness Archduke Rudolf of Austria

HI & RH Archduke Rudolf of Austria, the eldest grandchild of Blessed Charles, who was beatified by Pope John Paul II, and Servant of God Empress Zita, will give a lecture about the quest for canonization of his grandparents, rulers of the Austro-Hungarian empire.

HI & RH Archduke Rudolf of Austria (b.1950) has held the positions of General Manager of the Benelux countries for the Bank of Nova Scotia in Brussels and Rotterdam. He serves as the Managing Director of Triple A Gestion S.A, a Swiss investment management and consulting service since 1985. He is married to Archduchess Marie Hélène of Austria, née Baroness Marie-Hélène de Villenfagne, Vogelsanck and Saint Empire, and is the proud father of eight children.

The Austro-Hungarian empire was dissolved after World War I and the royal family left for exile, where Emperor Charles died in 1922. His young widow, the devout Empress Zita, courageously raised their eight children through exile and poverty. She never stopped mourning for her husband until her death at the age of 96. Charles I was beatified by Pope John Paul II in October 2004 for his dedication to peace at the center of his “preoccupations” during World War I and was the only one among political leaders to support Benedict XV’s peace efforts. Empress Zita was named a Servant of God in December 2009.