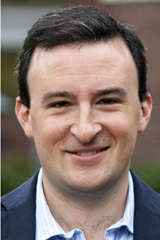 Eric Nelson, Professor of Government at Harvard University, will give a lecture entitled ‘The Lord Alone Shall be King of America’:European Hebraism and the Republican Turn of 1776 at the 2012 Laura Shannon Prize award ceremony. Nelson won the Laura Shannon Prize for his book The Hebrew Republic: Jewish Sources and the Transformation of European Political Thought by Harvard University Press (2010).

It is well known that Thomas Paine’s Common Sense fueled an abrupt “republican turn” in American political thought during the early months of 1776. Less well understood is that it did so by reintroducing into Anglophone political discourse a seventeenth-century, Hebraizing tradition of republican political theory—one grounded in the conviction that it is idolatrous to assign any human being the title and dignity of a king. This theory was both more and less radical than more familiar forms of European republicanism: more radical, in that it denied the legitimacy of all monarchies, however limited; less radical, in that it left open the possibility of an extremely powerful chief magistrate, so long as he was not called “king.” Paine and his acolytes thus inadvertently made it possible for Americans in the following decade to reconcile republicanism with the royal prerogative.