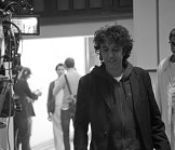 Part of the film series, “From Street to Screen: A Festival of North African Film.” Ismail Ferroukhi, French-Moroccan film director with a focus on immigration, will present two of his films. Tickets must be bought seperately for each film. “Free Men” will be the first film introduced at 6:30 p.m. Arrested by the French police, Younes agrees to spy on the Paris Mosque whose authorities are suspected of aiding Muslim Resistance agents as well as North African Jews. While undercover, Younes meets a Jewish Algerian singer who helps him gradually transform from politically ignorant to fully engaged in the fight for freedom.
The second film, “Le Grand Voyage” will be introduced at 9:30 p.m. following “Free Men”. A few weeks before his college entrance exams, Reda finds himself obligated to drive his father from France to Mecca. Since Reda and his father have nothing in common, the journey looks to be difficult but as they travel from southern Europe, through the Middle East to their destination in Saudi Arabia, they discover a much deeper understanding of each other.

Tickets are $4-7 for each film. Please contact The DeBartolo Performing Arts Center for tickets or information at 574-631-2800 or performingarts.nd.edu

Presented in partnership with the DeBartolo Performing Arts Center, Kellogg Institute for International Studies, Nanovic Institute for European Studies and Institute for Scholarship in the Liberal Arts and the College of Arts and Letters’ Teaching Beyond the Classroom Grant.